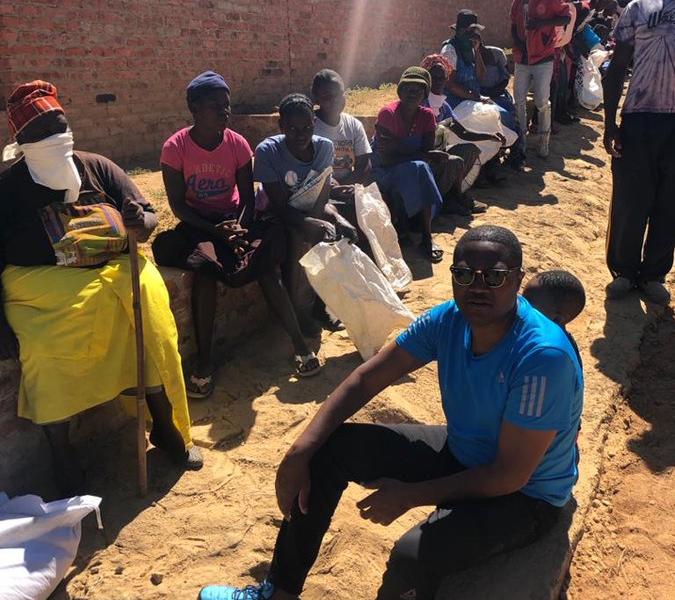 Energy Mutodi sits with villagers who “disturbed” his sleep at his Domboshava home, begging for food handouts.

Thieves broke into former Deputy Minister of Information, Publicity and Broadcasting Services Energy Mutodi’s Borrowdale home and went away with 30 pairs of designer suits worth US$11 000, among other valuables.

The thieves, brothers Denver and Cosmos Zvomuya, Fidelis Martin Mandaza and Pardon Magombo were arrested and have since appeared in court charged with theft.

The Zvomuya brothers and Mandaza admitted to the charges when they appeared before Harare magistrate Sheunesu Matowa.

However, Magombo denied the charges saying he was only hired to ferry the property and did not know it was stolen.