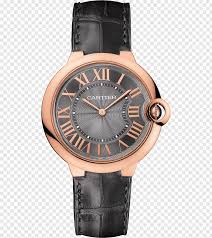 2 men in Bulawayo stole a wristwatch in Montrose Bulawayo valued at US$20 000 and sold it on the streets for an equivalent of US$0.80, The Chronicle reports.

The matter came to light when the 2 were arrested for selling stolen property, ZRP recovered the stolen watch which Cuthbert Munyandi and Joseph Gamuchirai Nyasha has sold to a resident of Bulawayo’s Sizinda suburb who also didn’t know the value of the Cartier watch.

The arrest of the duo and the subsequent recovery of stolen property was confirmed by Bulawayo Police Spokesperson Inspector Abednico Ncube who said:

Unlike most of the house break-in incidents that we are used to, the two suspects who are friends were raiding homes during the day. They would monitor houses and once occupants leave, they would break into the homes and steal mostly electric gadgets. Of interest, in one of the raids in Montrose suburb they got away with a Cartier wristwatch worth US$20 000 and sold it for $30 on the streets

Most of the recovered property had already been sold to residents in Western suburbs of Nketa and Sizinda where the duo lived. As police, we want to warn residents to avoid buying second hand property especially from dubious characters who cannot even offer a receipt for the property they would be selling. Those who continue to buy stolen property risk being arrested as accomplices to the theft crimes. It is not an excuse for the public to claim that they did not know that the property was stolen