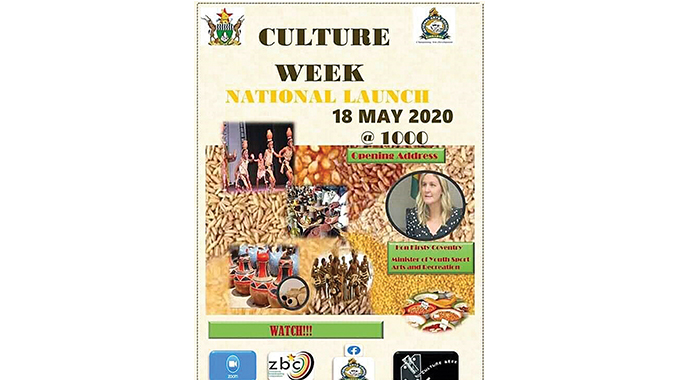 Creatives in Zimbabwe have reportedly dissed the ugly culture week poster, The Chronicle reports. This was after the program for the Culture week was unveiled and creatives noted that the design of the poster did not properly represent the creative industry.

Nigel Ndlovu of Aicon Media who is one of the creatives irked by the poster started a social media campaign and challenged fellow creatives to come up with a better poster for the culture week.

Speaking to the Chronicle, Ndlovu said:

I initiated the online protest and challenged fellow Zimbabwean creatives to come up with a better poster. The issue was we couldn’t be having sub-standard work being put out for national events so we wanted to challenge the National Arts Council to hire competent people to deliver outstanding work through this challenge.

I think the poster is a small glimpse into the bigger picture of things that need to be changed. It exposed the lack of imagination and creativity within the national arts body as an institution that is mandated to lead the creative and cultural sector.

This is very worrisome given that we have some amazing young creatives in the country. The national Culture Week is a very important event which should ignite national pride and paint a beautiful picture on our richly diverse heritage. How we present and package it, is of critical importance

Larrington Mudare of Stickyzw had this to say about the poster

They should engage more with creatives within the nation and also appreciate young talent in the arts sector, be it graphic designers, music or any other type of art.

The fonts that were chosen were dull and did not represent the message being conveyed. The design was just too busy and the colour palette was clearly not planned.

When undertaking any project, it is important to first plan and imagine how you want your work to be like before it even sees the light of day! It (poster) was not planned hence it did not appeal to most of its audience

The National Arts Council Of Zimbabwe is yet to respond to the creatives’ concerns.