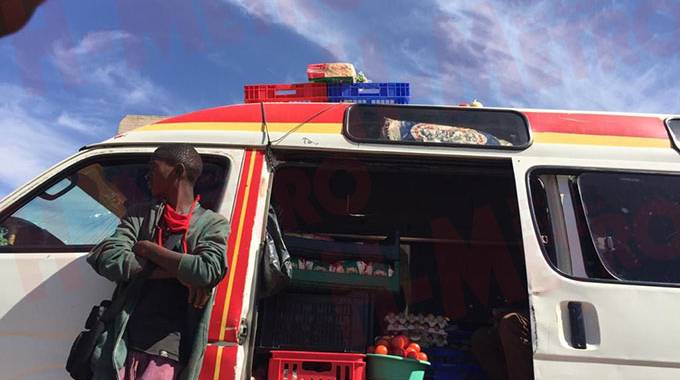 Some “enterprising” kombi operators in Harare are converting their vehicles into vegetables and groceries vending vehicles after the government ordered them off the roads during the coronavirus-induced lockdown.

According to the owners, the kombis failed to meet the Zimbabwe United Passenger Company (ZUPCO) franchise prerequisites. The vehicles are now being used as mobile shops around shopping centres and road-sides.

A former omnibus conductor, Amos Meda, is now selling groceries in one of the kombis he used to operate in. Speaking during an interview with H-Metro, Meda said:

This is what has become of us after the ban and we are doing anything to make some money.

We have to make use of the kombis because they cannot be idle until they lose value.

We tried to go for the Zupco franchise deal but ma kombi edu asakara.

The government imposed a nationwide lockdown on 30 March to curb the spread of COVID-19, the respiratory disease caused by the novel coronavirus, SARS-CoV-2.

Despite some relaxations of the stay at home order, kombis remain banned from operating.