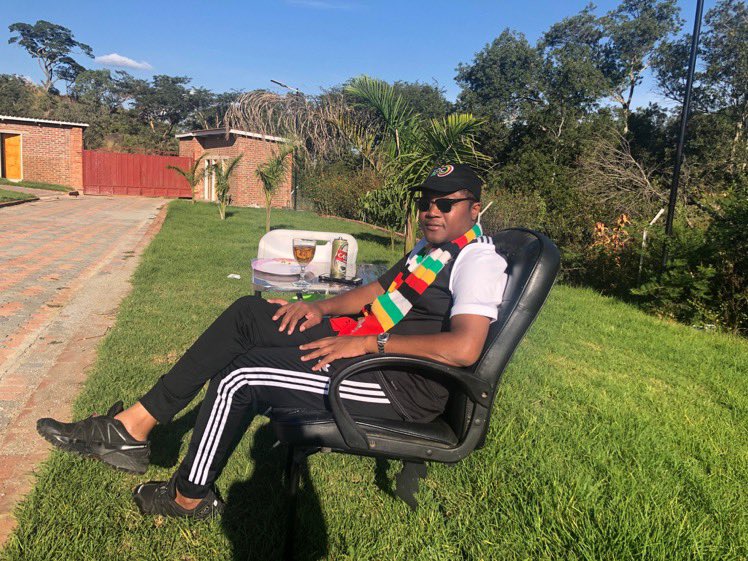 The Deputy Minister for Information, Publicity and Broadcasting Services, Energy Mutodi says the three hospitalised MDC Alliance Youth Assembly leaders went on a romantic outing with their lovers who are artisanal miners in Bindura.

Details emerge MDC youths Joana Mamombe, Netsai Marova and Cecilia Chimbiri went out for a romantic night to Bindura with their lovers who are artisanal miners.

They parked their car at a police station for safety but tragedy struck when they demanded foreign currency for services. 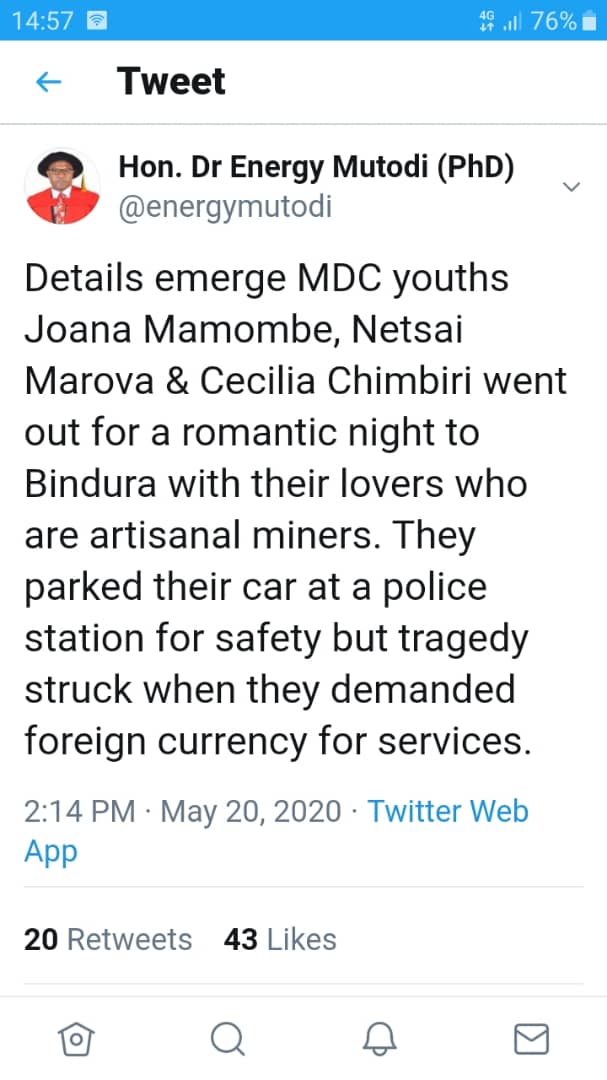 The three MDC Alliance activists alleged that they were arrested at a roadblock near the Show Grounds in Harare after taking part in a flash demonstration in Warren Park on Wednesday last week.

They were made to leave their car at the police station and were then seized by gunmen who drove them to Bindura, threw them into a pit, s_xually abused them for two days and then dumbed them from a moving vehicle on Friday.