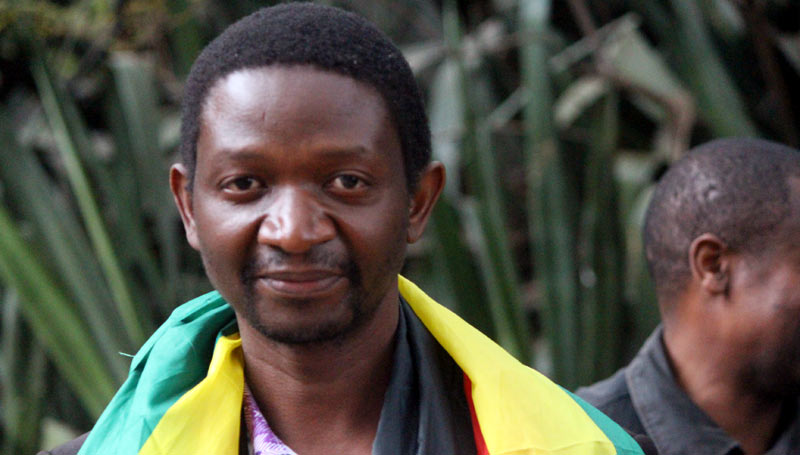 National Association of Vendors Unions of Zimbabwe (NAVUZ) chairman Sten Zvorwadza says Zimbabwe will not go anywhere because cabinet ministers appointed by President Emmerson Mnangagwa have empty heads and have no capacity to run the country.

Zworwadza said he initially gave Mnangagwa a chance but has now realised the country is burning and people are suffering because of his appointees’ ineptitude. Said Zworwadza:

I’m very objective and run away from misleading the people of Zimbabwe. I want to share with you today the reason why our government failed.

The first reason is that the composition of the Ministers running the affairs of our country is a great joke. Most Ministers are empty heads, without any ability to even manage their own salaries and allowances.

They blow their salaries and allowances recklessly and resort to corruption for survival. How do we get better as a country under such economic brutal circumstances?

Zvorwadza had no kind words for the opposition MDC Alliance, saying the party’s leaders are very myopic and believe in spoiling as a strategy to win hearts of the electorate.

He added that the “Kudira Jecha” strategy is not a solution to the country’s problems as it only makes people suffer more.