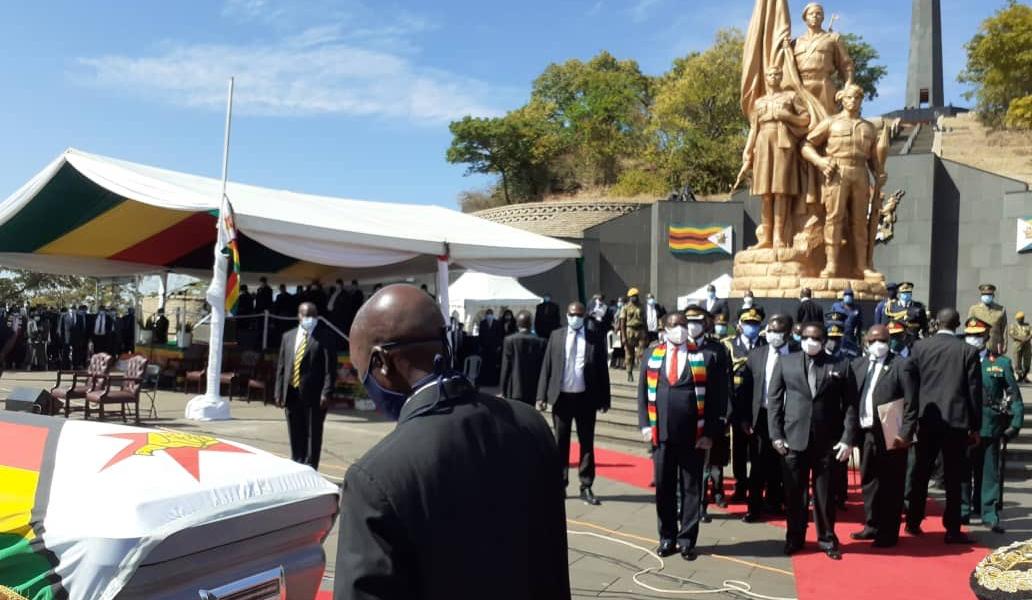 President Emmerson Mnangagwa has warned Zimbabweans to desist from taking part in what he called “illegal, reckless and unwarranted demonstrations for political grandstanding” which endanger lives during this COVID-19 pandemic.

Mnangagwa made the remarks on Wednesday while addressing mourners during the burial of late Zanu PF politburo member Absolom Sikhosana at the National Heroes Acre in Harare. He said:

We must never endanger the lives of our people through illegal, reckless and unwarranted demonstrations for political grandstanding.

Mnangagwa’s remarks come at a time his government has come under criticism over rights abuses by security agents enforcing the country’s indefinite lockdown.

The three, who include Harare West legislator Joanna Mamombe, Cecilia Chimbiri and Netsai Marova, alleged that they were seized by gunmen from a police station in Harare and driven to Mashonaland Central Province where they were dumped into a pit, forced to eat human waste and s_xually assaulted for two days.