Zanu PF has dismissed social media reports that it will distribute food parcels to party supporters countrywide. This was revealed in a Tweet that labelled the letters circulating in the public domain fake.

URGENT ALERT The peddlers of FAKE NEWS & FAKE ABDUCTIONS are at it again originating & spreading a fake letter in the name of ZANU PF & National Spokesperson Cde SK Moyo. The is a desperate attempt to substantiate false claims that food aid is being distributed on partisan basis 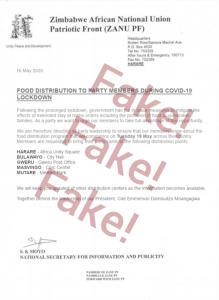 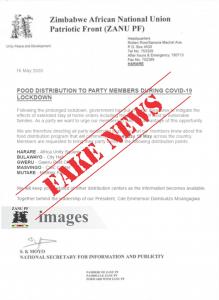