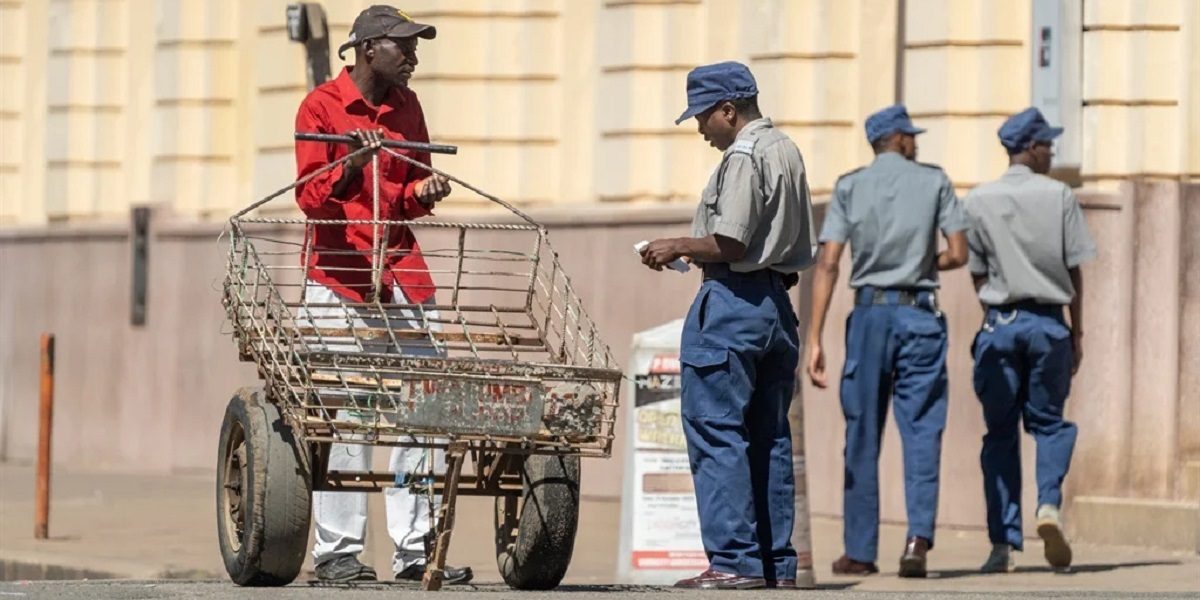 Some ZRP police officers and municipal police officers are demanding and soliciting bribes from vendors and informal traders that are breaking the law by setting up shop when they are not supposed to operate during the lockdown, Open Parly reports. Some officers are reportedly extorting money from people caught wearing wrong masks or wearing masks the wrong way.

The publication spoke to a few informal traders in Harare who said:

They mainly focus on those who are into selling and we actually have no recourse so we just pay them. The lockdown has deprived us of our jobs so we are mainly surviving on selling a variety of goods.

So the police come and threaten us and they have actually become some kind of Mafia, who you have to pay to be safe

A vendor that spoke to the publication also said they have to go back to vending to make ends meet, but police officers are extorting money from them:

….Thus we have been forced by the situation to go back and start vending and trading at those illegal places because we have no alternative.

The government has simply announced a lockdown without social support mechanism, how do survive?

Now the police are extorting money from us, it’s pathetic.