In a case against by a private company against CABS, RBZ and the Finance Ministry, in which the company was contesting the constitutionality of an October 2018 currency directive by the RBZ, the High Court has declared the direct unconstitutional and valid.

The company, The Stone Beattie Studio, was represented by lawyer Tendai Biti.

In October 2018 the RBZ issued a directive ordering banks to separate Nostro foreign currency accounts (FCAs) from the real-time gross settlement (RTGS) deposits. This effectively de-dollarised by creating a separate account for a currency that was not USD – bond notes. The government insisted however that 1 USD was equivalent to 1 RTGS account dollar and that it had not, in fact, introduced a local currency.

A copy of that October 2018 RBZ Directive can be viewed here.

That directive was the basis of the application by The Stone.

Here’s part of the judgment below:

ZHOU J: This is an application for an order that the first respondent pays a sum of US$142 000.00 together with interest thereon at the rate of five percent per annum from 28 November 2016 to the date of payment within seven days from the date of this order. In the alternative, the applicant asks that the first and second respondents be ordered to pay the said sum of money jointly and severally the one paying the other to be absolved. The further alternative relief is for the Exchange Control Directive No. R120/2018 to be declared a nullity or, in the further alternative, that s 44B(3) and (4) of the Reserve Bank of Zimbabwe Act [Chapter 22:15] be declared unconstitutional. Costs of suit are in the main sought against the first respondent and, in the alternative, against all the respondents jointly and severally the one paying the others to be absolved. The application is opposed by all the respondents.

The applicants have succeeded in obtaining the relief which they sought before this court. There are no special reason warranting departure from the usual conclusion that costs should follow the result. The applicants are therefore entitled to recover their costs of suit.

In the result, IT IS ORDERED THAT:

1. Exchange Control Directive No. R120/2018 issued by the first respondent through its Governor on 4 October 2018 be and is hereby declared to be invalid, and is accordingly set aside.

2. The first respondent shall pay to the applicant the sum of US$142 000.00 in the currency of the United States of America or transfer that amount into a Nostro Foreign Currency Account as may be directed by the applicants within seven days from the date of this order together with interest thereon at the prescribed rate of 5 percent per annum from the 17th October 2018, being the date of the letter of demand, to the date of full payment or transfer into the Nostro Foreign Currency Account as directed herein.

3. The respondents shall pay the costs jointly and severally the one paying the others to be absolved. 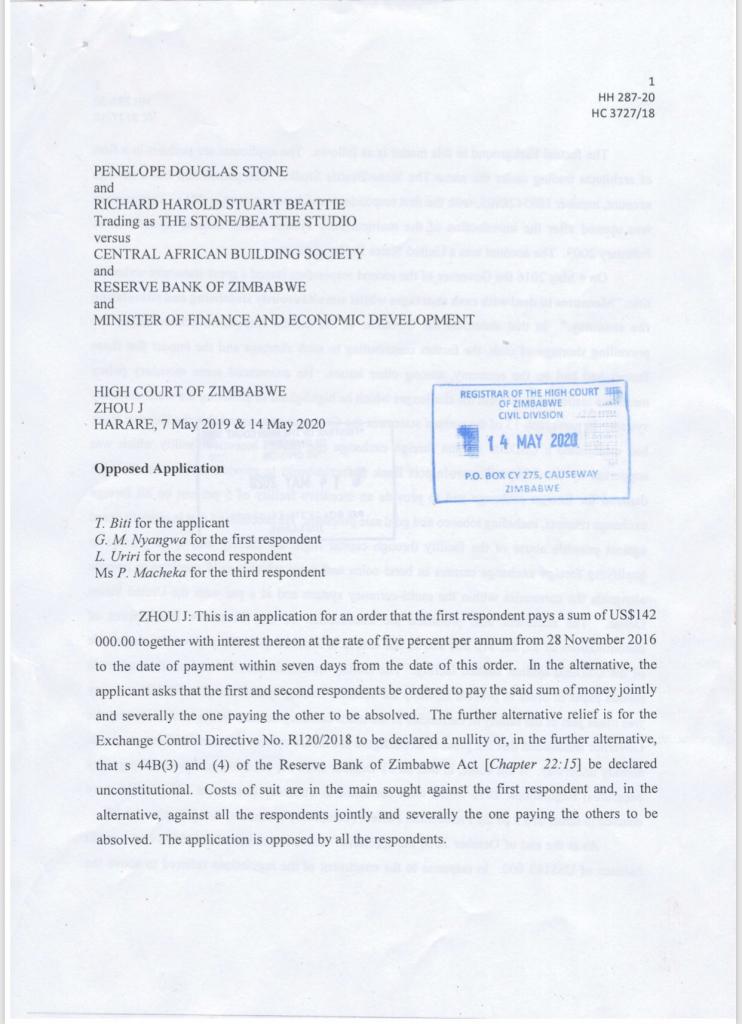 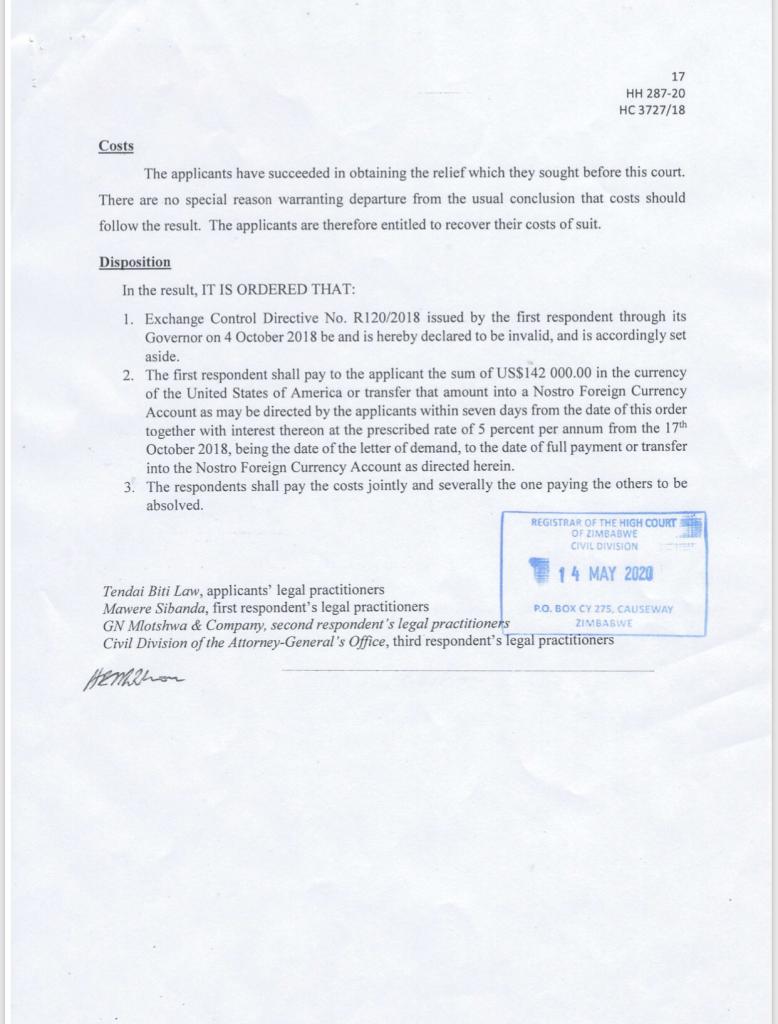