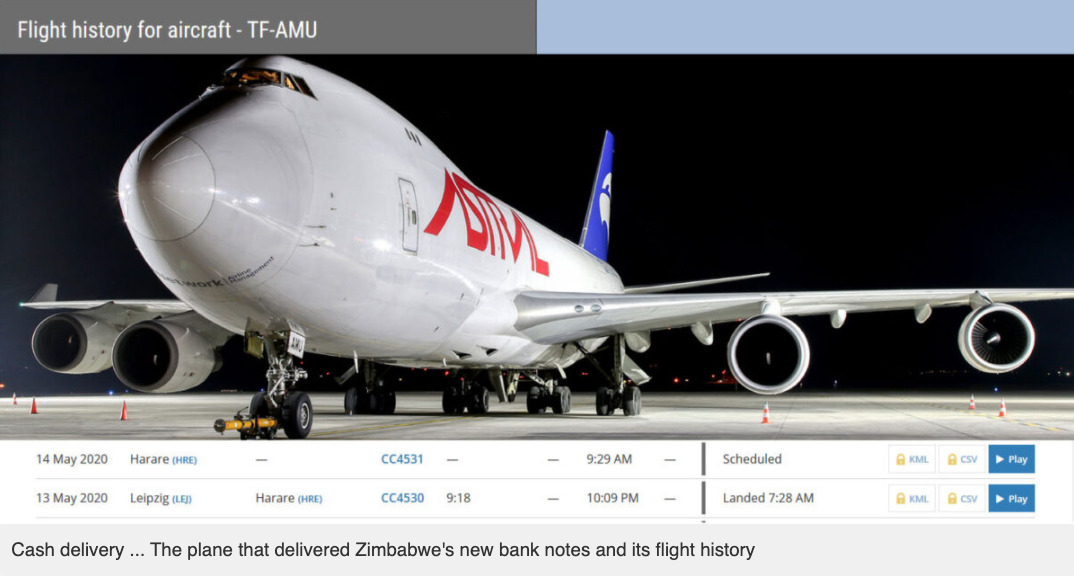 Kukurigo reported today that a German company that was contracted to print new Zimbabwe dollar notes delivered 60,000 kgs of the cash today.

The cash was delivered at Robert Gabriel Mugabe. The Reserve Bank of Zimbabwe revealed last week that it would release higher denomination notes in the coming weeks.

Finance Minister Mthuli Ncube said this week that the government had resolved to print more money as part of the measures to raise $18 billion for an economic stimulus.

According to Kukurigo, based on where the plane originated, it is highly likely the banknotes were printed by the Leipzig division of Giesecke & Devrient, a Munich-headquartered company that has a history of doing business with the country.