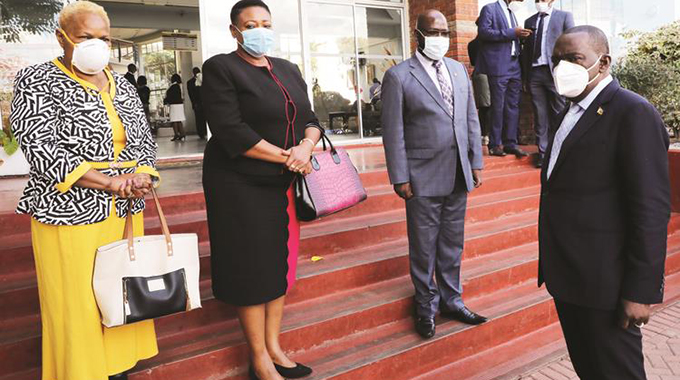 A former Prosecutor-General and a retired senior police officer have been appointed ambassadors-designate and are part of a group that is undergoing training at the Management Training Bureau in Msasa, Harare.

Johannes Tomana, who was sacked from the office of Prosecutor-General in 2007 and Charity Charamba, who retired from the Zimbabwe Republic Police in 2018, are part of the group that includes tourism attaches and officers from the Ministry of Foreign Affairs and International Trade.

In his address to the group on Wednesday, Foreign Affairs and International Trade Minister Sibusiso Moyo said:

As you know, the ministry has been expanded and indeed rebranded to include international trade to reflect the thrust articulated by the President.

The primary focus of our diplomacy and our diplomatic representation abroad must be trade, investment and tourism promotion. In other words economic diplomacy.

Moyo told the ambassadors-designate that they should prioritise economic diplomacy and not assign it to their subordinates.

He warned them against pursuing personal interests in the line of duty, saying national interests should always come first in whatever they do.

A senior Zanu PF member from Manicaland, Dr Nancy Saungweme, is another ambassador-designate.