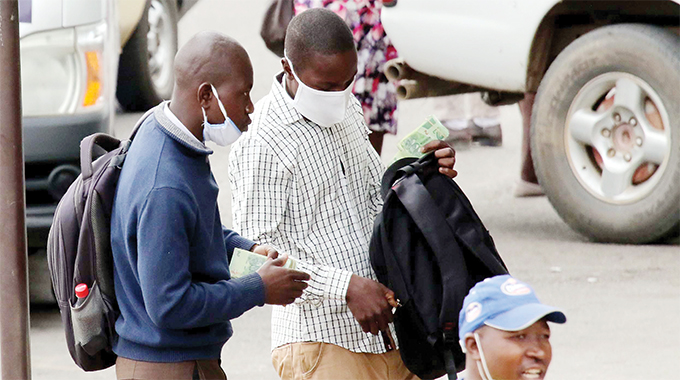 Illegal money changers have reoccupied their trading spots in Bulawayo’s Central Business District (CBD) in contravention of the stay-at-home order.

The foreign currency dealers are back at their usual spots that include the vicinity of Tredgold Building, Leopold Takawira Street opposite TelOne Building while others are operating from Jason Moyo Street opposite Edgars.

Some of the money changers are covertly conducting their operations by trading in cars.

Bulawayo police spokesperson Inspector Abednico Ncube said police officers are conducting patrols and spot checks for those defying lockdown restrictions and he also warned that any car owner who is found parked in the CBD will be arrested if they fail to justify their being in town. He said:

As police, we are on the ground to ensure that everyone observes lockdown regulations. We are conducting raids and spot checks and if we find anyone violating regulations through loitering in the city centre we will arrest them. This includes illegal money changers.

Members of the public prefer the higher rates offered by the illegal money changers as opposed to the rate in the formal market.

The parallel market exchange rate was at US$1:43 for electronic transfers while US$1:32 was for those changing using hard cash while the official cross rate is US1:25.