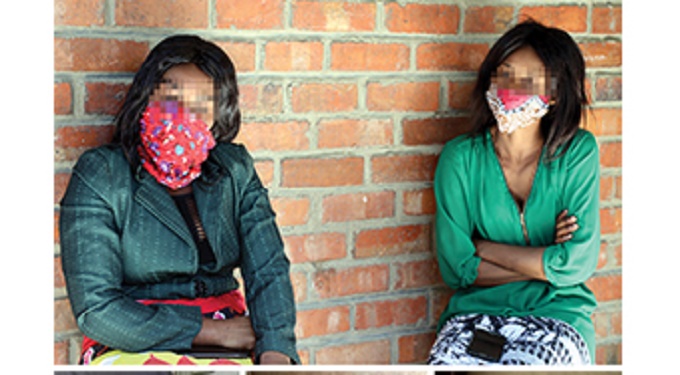 The women alleged three cops picked them out from a queue at the supermarket and cuffed their hands behind their backs.

The women, who are sisters, were arrested on April 16 at a supermarket in the suburb where they had gone to buy food for their children.

National police spokesperson Assistant Commissioner Paul Nyathi on Friday said six people had been arrested over the incident and will appear in court this Saturday. He said:

We have six suspects who are appearing in court tomorrow. That is what we can say for now.

We will release more information soon but what we can assure the public is that the case has been investigated and is being well handled. Nothing has been swept under the carpet. That is why we are taking the case to court.

So, anyone who goes outside the deployment order and does their own things will face the full the wrath of the law.

The women were picked out from a queue at the supermarket and had their hands cuffed behind their backs by three police officers who then brutally assaulted them for hours with batons on their backs, hips and legs.

They were then force-marched through a bush to Cowdray Park Police Base, with the officers making frequent stops along the way to beat them with the batons.