Ecocash, a subsidiary of Econet Wireless and the largest mobile phone-based money transfer, financing and microfinancing service in Zimbabwe has issued a statement indicating that it was directed by the Reserve Bank of Zimbabwe to block Agents who trade more than 100 000 per day.

Below is Ecocash’s full statement.

Notice to Customers & Agents
EcoCash wishes to advise that we received a directive from the Reserve Bank of Zimbabwe and the Financial Intelligence Unit of Zimbabwe to the effect that all Agents with transaction limits of over ZWL$100.000 per month should have their accounts frozen with immediate effect, except for

This directive will impact Agent business operations as Agents will not have access to their float funds as well as liquidations. EcoCash was not consulted on this directive. We, therefore, did not provide any input into it The directive will not only impact the affected Agents but also the transactions they do with over 53,000 other EcoCash Agents and consequently our 11 million customers countrywide who rely on the Agent network.
Agent-reliant transactions to be affected are;

Kindly note that all other EcoCash transactions are not affected by this directive. We will provide you with an update on any further developments.
EcoCash
Cassava Smartech 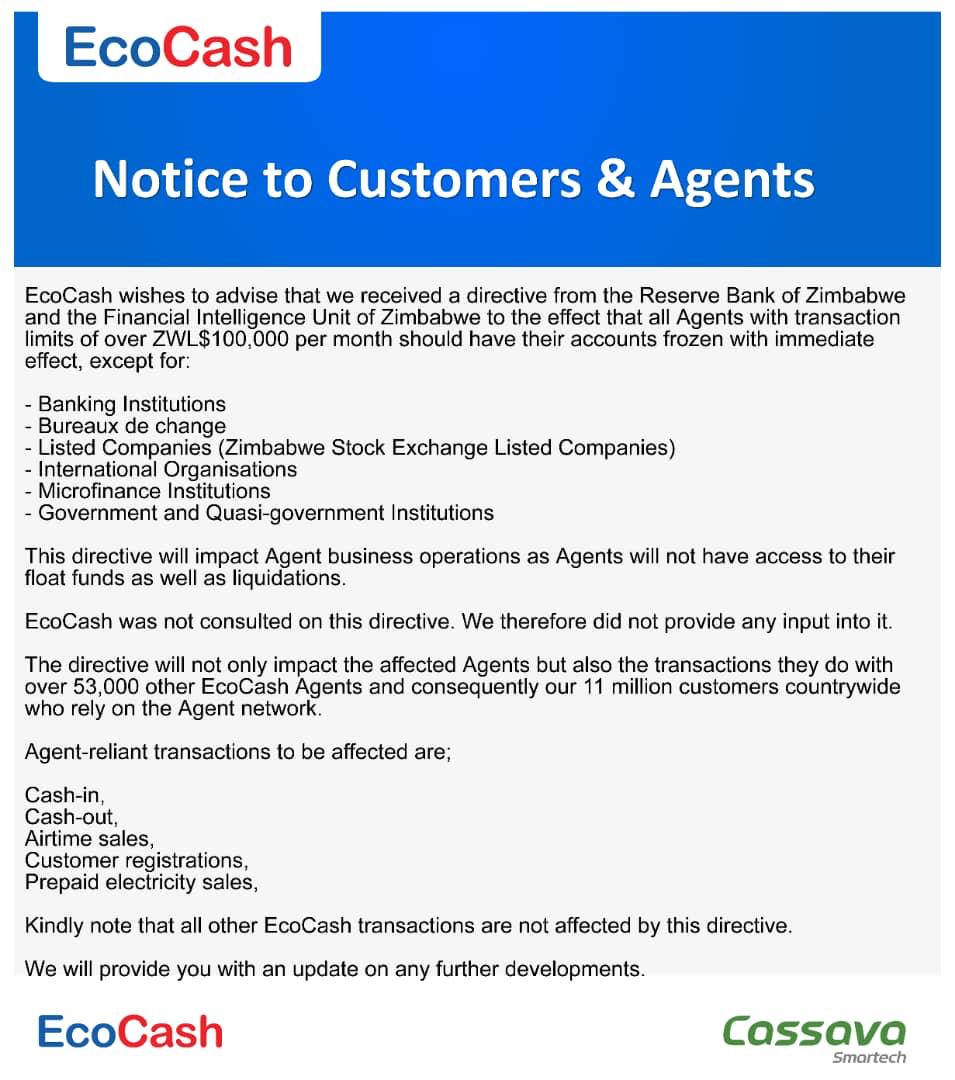