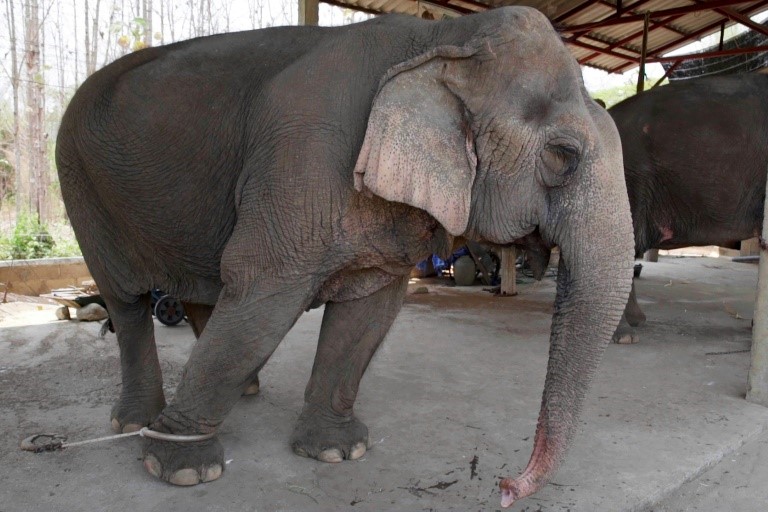 The Zimbabwe Parks and Wildlife Management Authority (Zimparks) has gunned down a bull elephant which has been terrorising residents of Mfelandwonye Suburb in Victoria Falls.

The rogue jumbo was killed over the weekend after it had seemingly joined police officers to enforce the national lockdown, with residents in the resort town staying indoors, fearful of the animal.

Zimparks spokesperson Tinashe Farawo said the elephant was killed after it started to barge into people’s homes and destroying their property. Said Farawo:

Our officers in Victoria Falls had to put down the problem animal. Over the last month, our rangers were deployed to scare the animal without success and we took the decision to eliminate the animal in order to protect the residents.

Following the killing of the animal, residents of Mfelandawonye Suburb flocked to the carcass to get free game meat.

Their only request was that the government assist them with mealie meal and cooking oil to go along with the free delicacy.