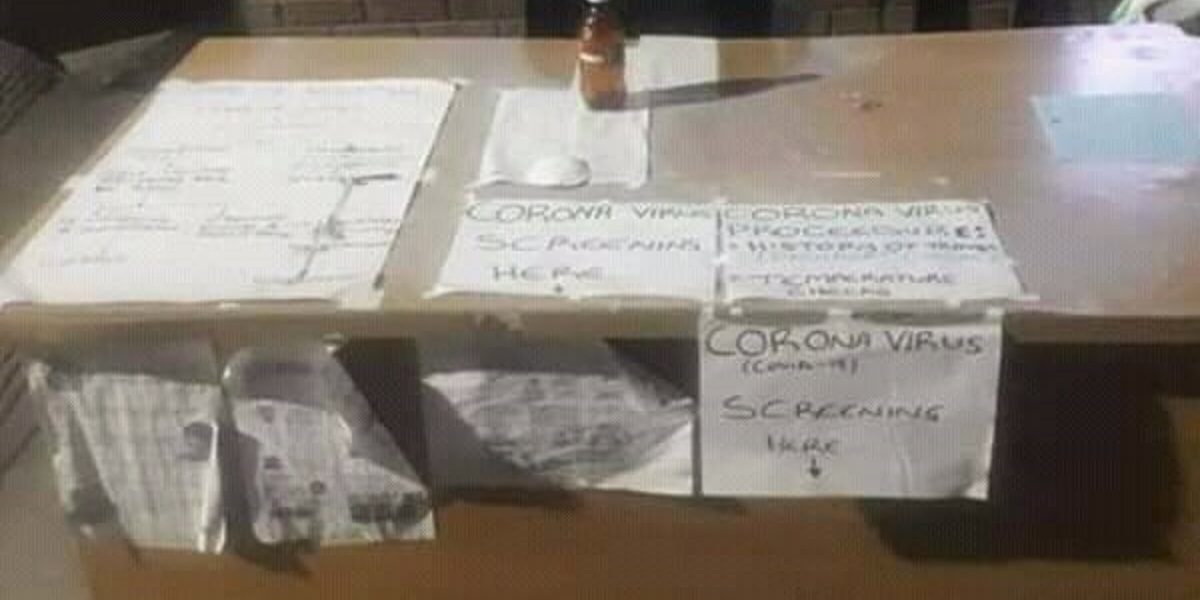 Screening for Coronavirus at Beitbridge

Some returnees from South Africa who are quarantined at the Rainbow COVID-19 quarantine centre in Beitbridge clashed with police on Wednesday, complaining of being treated as “convicts” after one of their colleagues escaped.

The 15 inmates, who all tested negative for COVID-19, were also demanding to be released from the facility as they have overstayed by three days.

We have been held back by transport logistics. We are taking care of that.

One of the inmates told NewsDay that police cannot treat them like convicts because of their colleagues escaped from quarantine due to lax security. The inmate said:

We came here willingly because we are complying, but they cannot treat us like prisoners because one escaped their lax security.

Beitbridge residents are not happy that an isolation centre was established in the town as they are fearful that their health could be in danger if an infected inmate escapes from quarantine.