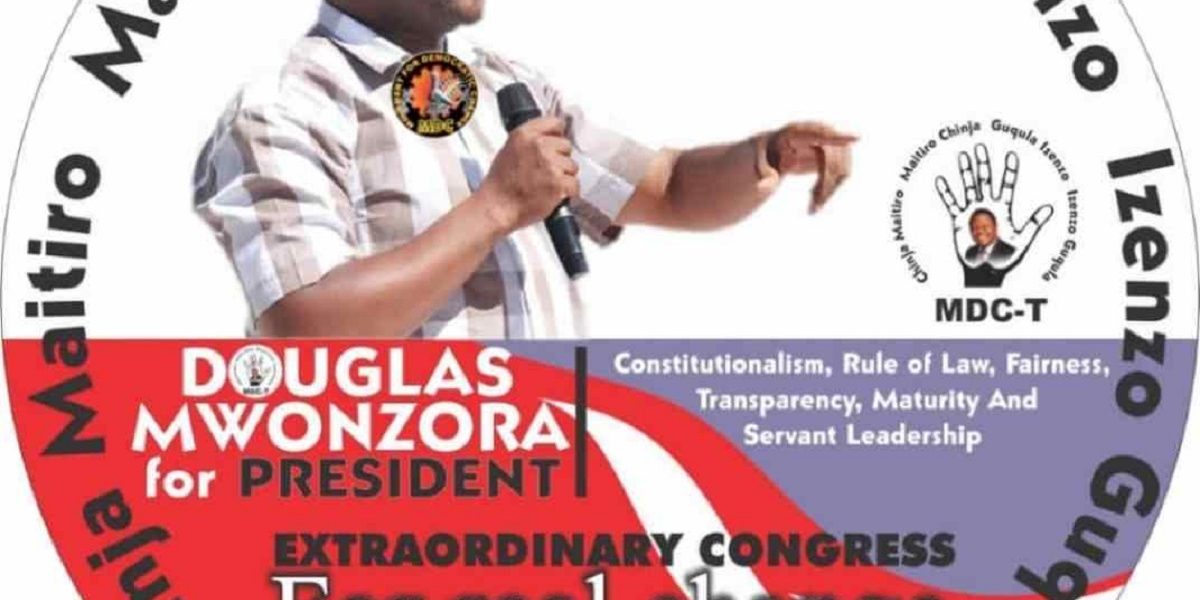 Douglas Mwonzora, the reinstated Secretary-General of the opposition Movement for Democratic Change (MDC) has claimed that he is not behind the campaign posters circulating on social media which suggest that he aspires to be the party president.

The poster is circulated when the MDC is set to hold an extraordinary congress as per the Supreme Court ruling on the party’s leadership crisis. Speaking on the posters, Mwonzora said:

The poster is the work of our detractors who wanted to paint a picture of leadership in turmoil. They also did some posters for Senator (Elias) Mudzuri and Senator (Morgen) Komichias well. These were identical and had the same spelling errors.

The decision as to which post one will ever occupy lies with the electorate. So far nobody has intimated to me that they will nominate me for any position. Only when I have been nominated will I make a decision to either accept or reject to contest for the position.

Social media alleges that Thokozani Khupe who was reinstated as the party leader, Mwonzora, Komichi and Mudzuri are all aspiring to be the party president.

Meanwhile, those who support Nelson Chamisa are against the ruling saying it does not affect their party, MDC Alliance.