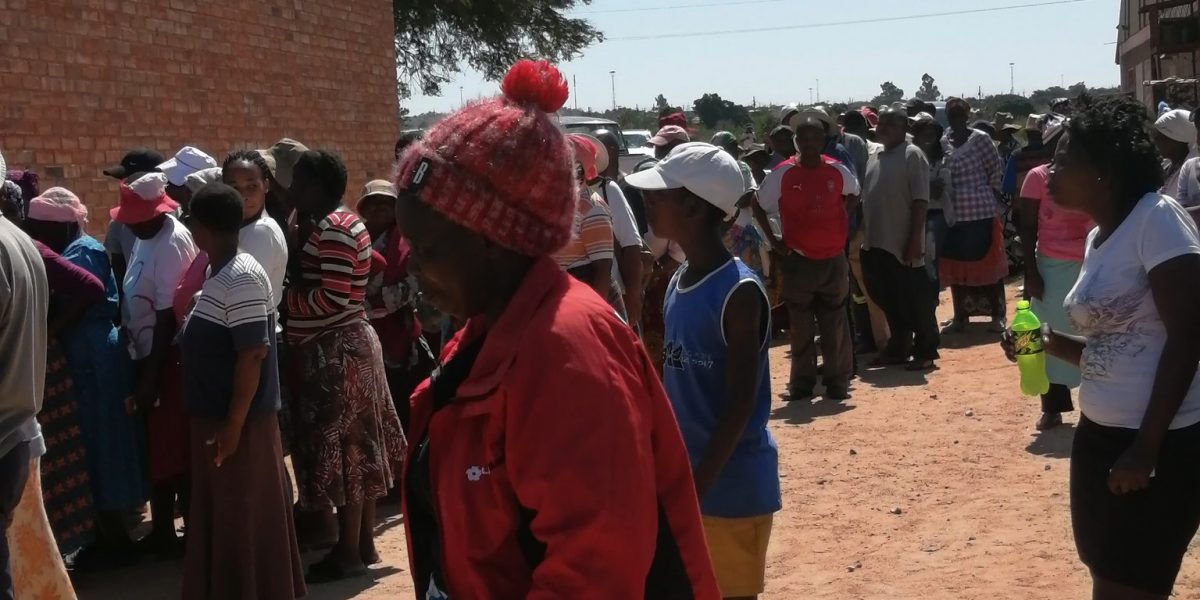 A 27-year-old Bindura man, Tichaona Maforo was recently arrested and dragged to court for impersonating a soldier and controlling mealie-meal queues.

Representing the state, Prosecutor Thembinkosi Mananga told the court that on April 13, Maforo, who was in civilian clothes, joined members of the Zimbabwe National Army in controlling a mealie-meal queue while pretending to be a soldier.

Maforo reportedly followed soldiers on the 21st of April and joined in the controlling of the queue.

The matter came to light when one of the soldiers, Isaac Ngwana (24), quizzed him about his credentials.

He was arrested and he has appeared before magistrate Tinashe Ndokera and was fined $2 000 for impersonating a soldier and controlling mealie-meal queues.

The magistrate also said that failure to pay the fine, Maforo would spend 40 days behind bars.

One Comment on “Fake Soldier Arrested At A Mealie-Meal Queue”