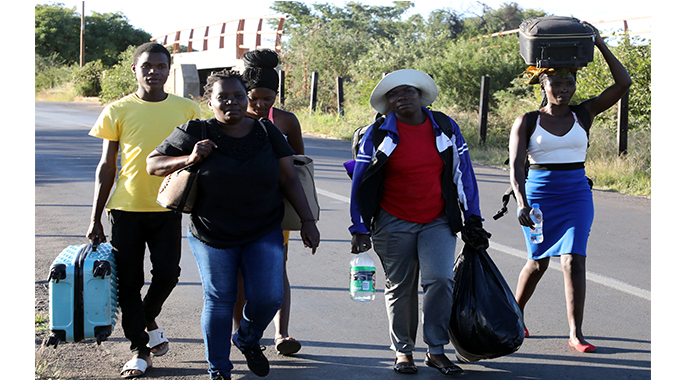 The Deputy Minister of Public Service, Labour and Social Welfare Lovemore Matuke said that officials from the Department of Social Welfare gave Botswana deportees bus fare after some of them declined to be taken to their homes in Zupco buses.

Matuke was speaking after over 100 female returnees and deportees from Botswana who were staying at the United College of Education (UCE) in Bulawayo were on Thursday evening dumped by the roadside following the expiry of the mandatory 21-day COVID-19 quarantine period. Matuke said:

We had some rowdy characters who were pushing to be given bus fare yet we had initially agreed to hire buses for them. The other challenge is that these returnees are from different parts of the country hence in terms of logistics it was going to be a challenge to transport them.

Some of these returnees claimed that we didn’t want to release them yet we were arranging transport for them. We ended up agreeing that we should give them bus fare while those who opted to use our transport could remain behind and be accommodated at the quarantine centre.

The returnees were given the bus fare pegged at Zupco rates around 5 PM and subsequently directed to immediately vacate the premises.

Most of them were left stranded at the hiking spot along the Bulawayo-Harare Road near Bulawayo Prisons where they were waiting for transport to travel to their homes.