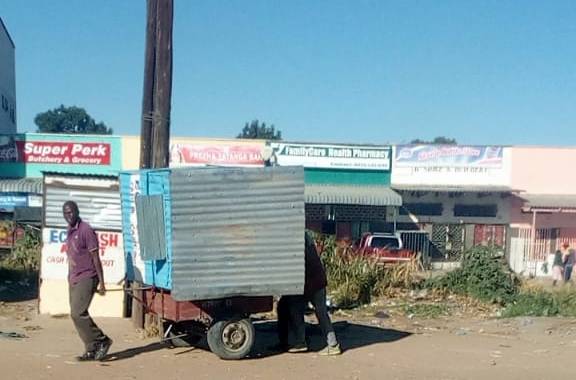 The Chitungwiza Municipality has extended the demolition exercise to haphazard makeshift Ecocash booths and illegal tuckshops in the town.

The pulling down of the structures commenced on Monday after the Cabinet directed all local authorities to take advantage of the national lockdown to clean-up spaces occupied by informal traders.

EcoCash stalls at Chigovanyika in St Mary’s were reportedly destroyed by the operators after the local authority had instructed them to do so.

At least 100 structures were demolished at the business centre before the exercise was moved to other parts of the town.

Chitungwiza acting town clerk Dr Tonderai Kasu recently told The Herald that they were being guided by a Cabinet decision. He said:

We are in the process of implementing the directive as directed by Cabinet.