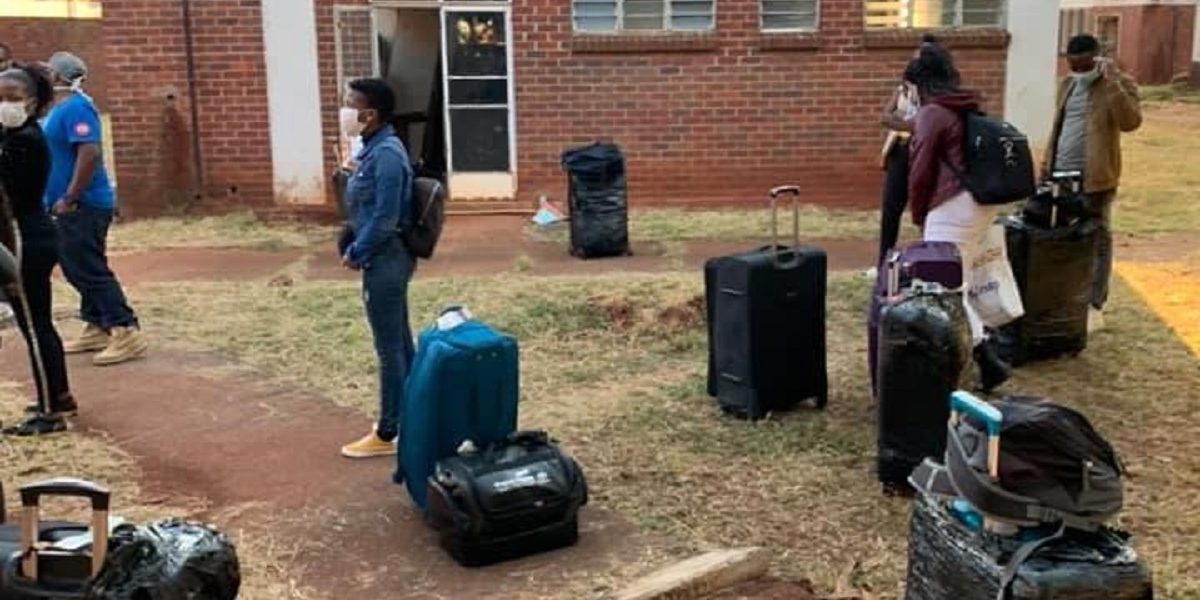 Returnees from the United Kingdom

A group of Zimbabweans who jetted into the country from the United Kingdom on Monday attracted a lot of attention after a government official claimed that they were refusing to be quarantined for 21 days at Belvedere Teachers’ College in Harare.

Permanent Secretary in the Ministry of Information, Publicity and Broadcasting Services Ndabaningi Mangagwana claimed that the 65 returning citizens, who flew in aboard an Ethiopian Airways plane, were demanding to be accommodated at a hotel.

Some Zimbabweans have their say about the alleged demands that were made by the returnees. Below are some of the opinions posted on Twitter:

Haru Mutasa (responding to some comments):

So they must not be quarantined be allowed to roam around freely?

Some want to stay at the Meikles, don’t think they know rooms are up to 300 US dollars a night for 2 weeks?

Anyway, most hotels are closed.

Again diaspora flying back to #Zimbabwe on @flyethiopian or any airline or the bus from’ SADC countries.

You chose to leave where you came from to come home, mandatory when you arrive you go into quarantine for the safety of your families and others. Stop complaining*

They came from a high-risk country and they are a matter of national security, they should not be allowed near local citizens at all costs up until they are out of quarantine. Actually the Gvt has to put them in some remote facility far from the city.

Someone tell the whining UK returnees that this is what a quarantine facility in SA looks like. Now if @edmnangagwa wastes more of our resources pandering to this coterie at Belvedere serving them tea, eggs & biscuits, we will ask some hungry Harareans to march to Belvedere.

Nonsense, take them to army barracks, avail a warehouse for them there. The rest will be taken care of by capable brothers and sisters.

You may agree or disagree on any other issues but, let’s religiously guard against importing new cases. The cost would be even heavier.

We also have accommodation at Chikurubi, in case they are a flight risk.

They don’t pay taxes, why would they think that we must put them up in hotels? If they wanted hotels, why did they come here? Were there no hotels in the UK?

The travellers from the UK will spend tonight at Belvedere Teachers’ College. Police are there to ensure that noone will break the law of the Land.