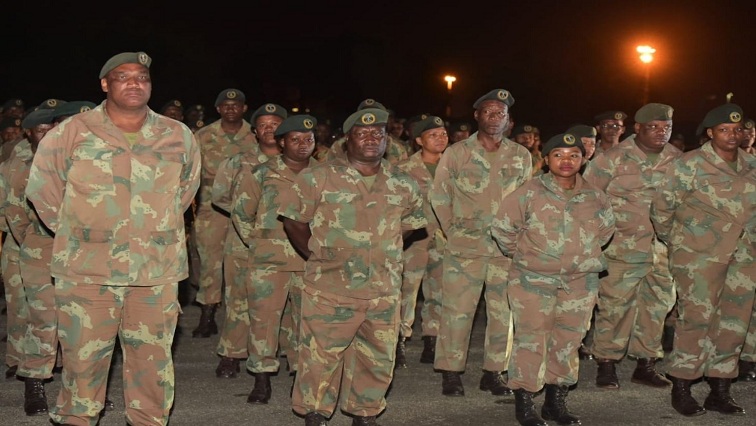 South Africa President Cyril Ramaphosa has informed Parliament that he had authorised the deployment of an additional 73 180 members of the SA National Defence Force (SANDF) to assist the police in battling the spread of COVID-19.

This, for some, including DA leader in the National Assembly John Steenhuisen, is indicative of Ramaphosa’s plan to further extend the national lockdown that he imposed on the country to curb the spread of coronavirus.
Ramaphosa communicated of the development in a letter addressed to the Joint Standing Committee on Defence.

Cyril Xaba, chairperson of the joint standing committee of defence has confirmed the authenticity of the letter. Speaking to News24, Xaba said:

The committee has received the letter and will be discussing the contents thereof on Wednesday. Four other letter were also received, dealing with the extension of deployments in the DRC, as well as a deployment in the Mozambican Channel and the Wuhan repatriation.

Helmoed Romer-Heitman, an independent defence analyst and correspondent for Jane’s Defence Weekly, says the deployment ranks among the biggest in the country’s history.

Both pro and anti-lockdown sides raise compelling arguments. The lockdown is bad for every economy but relaxing regulations can result in a rapid spread of the pandemic.

Commercial beef FQ Cuts
US $3.65 Harare
🧱 Building Material Available in and around Harare
US $124.00 Harare