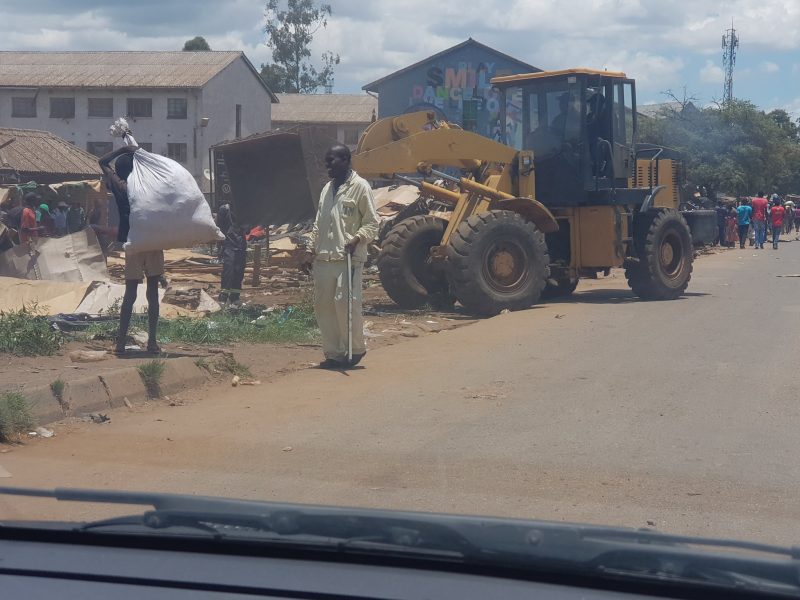 The Zimbabwe Congress of Trade Unions (ZTCU) has expressed deep displeasure over City of Harare’s decision to demolish roadside vending stalls during the lockdown and called the move stupid, thuggish and insensitive, New Zimbabwe reports.

Responding to the news that the council had demolished stalls in Mbare and Chishawasha, ZCTU said:

Only stupidity can lead a council or government to demolish sources of livelihoods without a plan on how to feed the nation during lockdown and post Covid-19 era.

Mnangagwa and Chamisa, whose party is in charge of this thuggish act that is insensitive to the plight of the poor?

Meanwhile, the Nelson Chamisa led MDC which runs the Harare City Council distanced itself from the demolitions and said the government was in charge and they would never do that to their supporters.