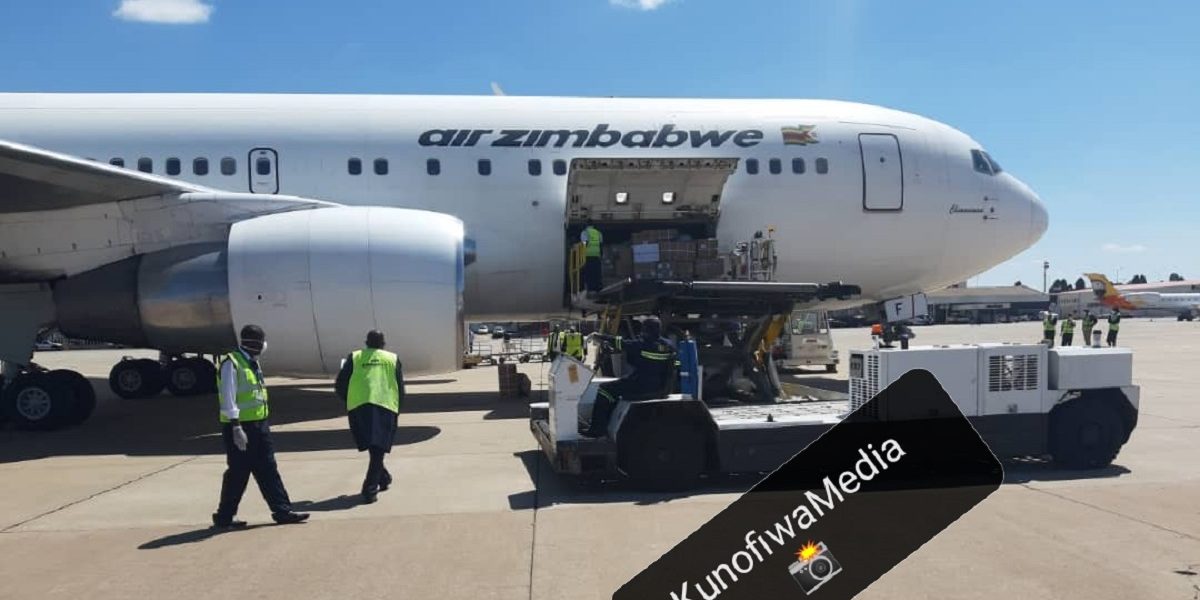 The government of Zimbabwe has issued a statement that contradicts that of Air Zimbabwe on the quantity of COVID-19 equipment that the carrier delivered in the country on Monday.

Hopewell Chin’ono, a Zimbabwean Journalist, claims that the Ministry of Foreign Affairs also posted on social media saying that Sakunda Holdings and Chinese businesspeople operating in Zimbabwe have imported 23 tonnes of medical equipment – PPEs and ventilators plus Chinese and Western medicine to fight COVID-19.

The cause for the variation is not yet known but it certainly does not sound good as this is happening amid reports that political elites are diverting some of the donations to the country to private use.