Jealousy Mawarire has posted a Whatsapp chat which suggests that the United Kingdom helped President Emmerson Mnangagwa to rise to power at the expense of his former boss the late Robert Mugabe.

Some, however, dismiss as “hogwash” the allegations that the UK had a hand in Mugabe’s demise saying that relations between Zimbabwe and the UK did not improve following Mnangagwa’s ascendancy to power.

After the Zim @40 independence euphoria I choose to share this with the country. My submission is that the so-called “2nd Republic” is an anti-thesis of what we fought for, a reversal of our independence & a return to Brit colonial rule, it’s an @catrionalaing1 colonial project 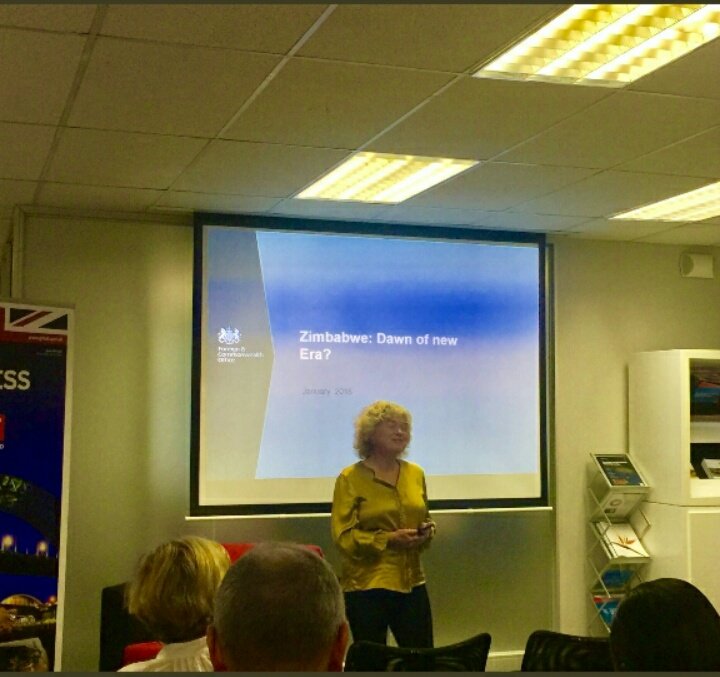 @edmnangagwa & his acolytes are not the authors of the so-called “Second Republic” but are puppets used by the British to build a neo-colonial state post Brexit. A meeting/dinner was arranged by the Commonwealth & foreign offices in London at the Blacks Club to organise this.

Talk abt “2nd Republic” & focus on “economic dvpt” r not original concepts from the Nov 15, 2017, coupists but borrowed ideas from their colonial masters popularised thru heavy media use by @edmnangagwa & his Info Perm Sec @nickmangwana, himself a Brit secondment to the “2nd Rep”

Catriona Laing, the former British ambassador to Zim, a chief exponent of the neo-colonial “Second Republic” under a pliable puppet, was at the forefront using equally naive & power hungry Zimboz like @edmnangagwa & @MinisterSBMoyo to see through the project.
The neo-colonial “2nd Republic”was mooted, funded & brought into being by the British. A Zimbo who attended the Blacks Club prep meeting on 22 Dec 2016 wrote to me :”the foreign office office promised a budget but the deputy amb (Thomas)will coordinate the project (coup).

The British were desperate for @edmnangagwa to takeover power from Pres Mugabe & urged their neo-colonial puppets to seize power within 90 days from the day of the meeting caz they believed “ED will not win (elections) if he does not get power now” (through a coup).

We are on our own as Zimbabweans since those in power today are pushing a British neo-colonial agenda. Our independence was sold through the Nov 2017 COUP. A new crop of revolutionaries is needed to decimate the neo-colonial military junta at the helm in Zim today.

The truth is today Zimbabwe is not independent, it’s a battlefield 4 British & Chinese colonial interests personified in the evident tag of war between ED & Gen Bae. I cry when I see grown men, supposed revolutionaries, selling the country to foreign interests because of love 4 power.
As@Julius_S_Malema famously said black “consciousness escaped” these men & sadly “when consciousness leaves a man, it doesn’t say goodbye”. We are therefore left under the rulership of some “historical mistakes”.