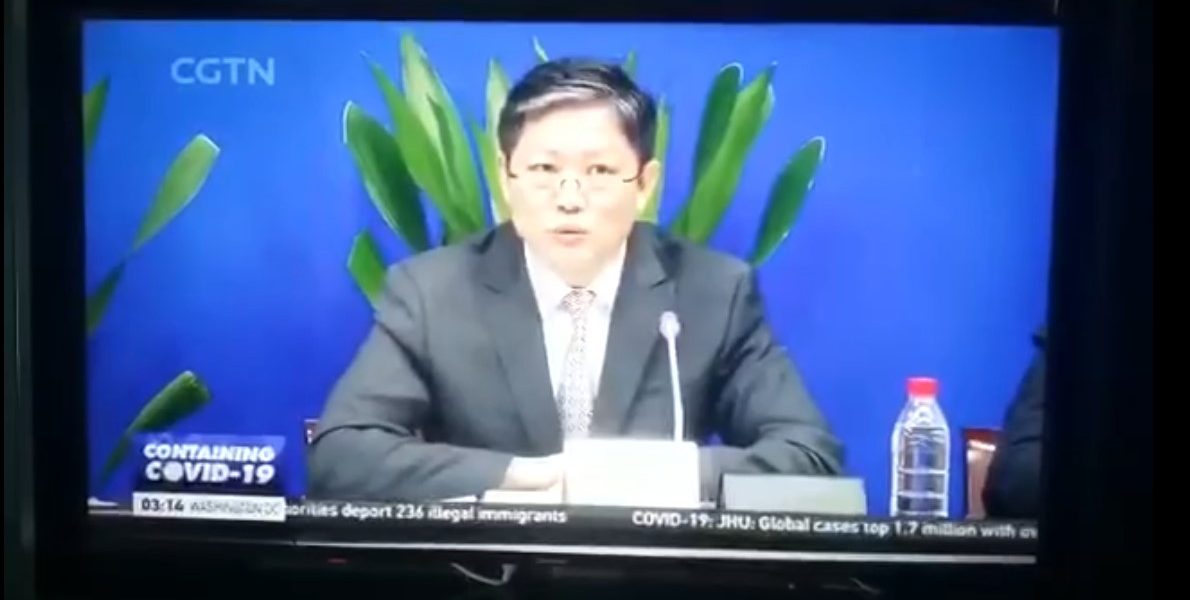 A South African lady based in Guangdong province has said she and her family are now living in constant fear of being subjected to multiple COVID-19 tests and forced quarantine in China as Africans are being subjected to discrimination in some parts of China.

The teacher said they went back to China on 16 March where she and her husband are both teachers and were placed under quarantine with cameras installed outside their home so that they won’t leave. She said later on her school notified her that they should pack their bags and go to the police station where they will be taken to a hotel for quarantine.

Speaking to the publication, the woman whose identity was hidden by News24 said when they got to the hotel there were other African people at the hotel:

[There was] a guy from Morocco, a lady who’s got dual citizenship with Namibia and South Africa, another lady was from the Eastern Cape. And we were just like, where are other people? It is only people from Africa.

Even to this day, there has been no official letter and explanation as to why we had to go in. We packed because they also said if we refuse to come, the police would come to our house and arrest us and take us there

We went into the hotel and got tested again for the virus, and two days ago we got tested again. So we have been tested three times now for the virus. Every time the results are negative and they told us yesterday that we could leave. We are at home right now in self-isolation

You will see mothers literally taking their kids out of the way, people not wanting to get into the lifts and some foreigners who go to gym, they are told they need to show their papers showing they quarantined

We have colleagues and friends from US who have not even been quarantined. They [are] only isolated. They were never tested. My colleague from England never tested and when we ask why this is happening, we are told it’s because of the many black people in Guanzhong who have got the virus. It’s shocking how racist people are. The stuff they say.

It’s just the unfairness and blatant discrimination. Just because we’re from Africa, we have to go through this over and over again, but nothing is happening to the people from UK and USA

My friends are single and are in seclusion. It’s hard for them because it’s not like in SA where there are gardens for them. We live in apartment buildings. We are on 18th and 20th floors and that in itself makes us anxious

When contacted for comment by the publication, Chinese Consul General to South Africa Tang Zhongdong reportedly denied the allegations that Africans were being mistreated in Guangzhou.