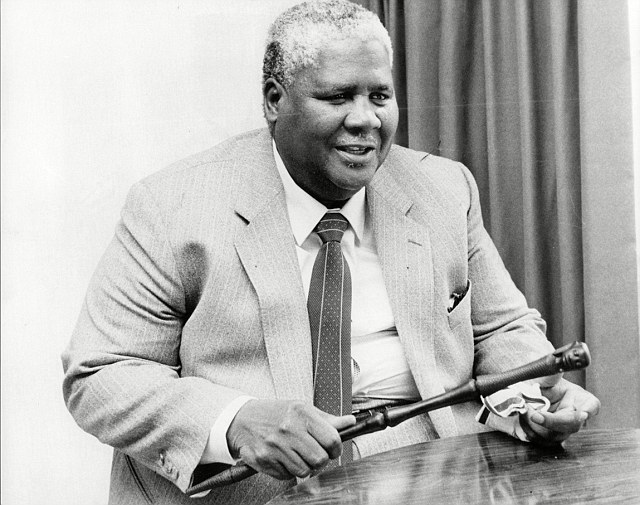 Dumisani Nyongolo Nkomo writing for The Standard said the Zimbabwe Independence is a mirage and this is not the independence that our heroes fought and died for.

In his Not Yet Uhuru opinion piece, Nkomo said:

It was sometime in 1980 as the independence euphoria swept the nation. There were thousands of expectant faces at Induba Primary School in Pelandaba suburb, Bulawayo. Within minutes the atmosphere became electric as the crowd began to chant “Zi zi zi!”

A green Mercedes Benz sped towards the gate and a giant man carrying a short walking stick emerged from the back seat. He waved his right hand in the air and the crowd went mad with more chants of “Zi Zi!”

This was at the residence of liberation hero Joshua Nkomo and I was still a toddler thrilled by this electric atmosphere and talk of this independence.

Forty years later the dream of an independent Zimbabwe is a huge mirage.

At independence, Zimbabwe was the jewel of Africa and the local currency was at par with currencies such as the pound and comparable with the United States dollar.

The country had advanced railway systems with the headquarters being in Bulawayo.

Urban housing was the envy of many countries and the country’s roads were second to none.

Milk was delivered to the doorsteps of houses in glass bottles as Dairiboard thrived on a booming dairy industry.

There were amazing adverts on television such as the Cashel Valley, Buttercup and Bata commercials.

Yes the Rhodesian government had oppressed the black majority but there were jobs, service delivery and houses.

Forty years later if somebody who died in 1980 were to rise from the dead they would think they were in a ghost country, with Bulawayo’s thriving industrial sites being reduced to glorified graveyards.

The road network is in shambles, the railways long decayed and housing for all is a distant nightmare.

The beautiful greens between Harare and Norton epitomised by the beautifully emblazoned Macintyre Estateds have long gone. Teachers and health workers have been reduced to destitutes.The health delivery system has collapsed.

Yet we still pontificate and ululate the mirage of independence when the only thing that has changed is the colour of the oppressor.

In 2017 we thought there was a chance for another Zimbabwe, but instead of embracing a transitional government of unity to guide the country towards social, political and economic transformation, greed took root.

The winner takes it all mentality gave Zanu PF power, but spiralled the country towards an unmitigated economic quagmire and political conundrum.

A better country is possible with new leaders with new ideals and ideas, policies, systems and ethos. We need to move beyond slogans, fists and polarised partisan thinking about anything.

It’s not yet uhuru. Independence is a mirage but nothing can stop an idea whose time has come. This is not the independence our heroes fought for and died for.

We need a new beginning and a vision which unites all Zimbabweans of various races, tribes and creeds. We need to be delivered from the winner takes all mentality and system.