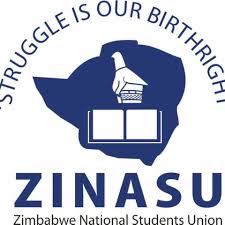 The Zimbabwe National Students Union (ZINASU) has issued the following statement on Zimbabwe celebrating 40 years of independence and said the day exposed us of our poor health systems.

The statement further reiterates that they that hijacked the dreams of many a Zimbabweans must be stopped and they can only be stopped by a revolution.

The Zimbabwe National Students Union joins the rest of the nation in commemorating 40 years of independence. It is a 40th birthday we all wish came under different circumstances than we have today.

This day comes as the nation and the world at large are seized with the Covid-19 pandemic that has taken away thousands of lives in the world and 3 lives in our motherland.

It has exposed our poor health systems 40 years after independence. It comes while the nation is under a lockdown that was imposed without any plans for social safety nets, exposing an unprepared, uncaring and a clueless government 40 years after independence. Such is the story of the 40 year old former jewel and breadbasket of Africa that was turned into a begging basket.

Zimbabwe turns 40 at a time when our academic calendar has been disrupted by the Covid-19 pandemic and found the Ministry unprepared to deal with such a disruption when they could have simply entered into agreements with mobile network operators and students could be accessing online learning at zero rate today, such was supposed to be how a 40 year old Ministry could have done!

40 years after the attainment of independence, our education is unaffordable to the poor man and the much-talked education for all by 2020 is in smoke and shambles. It is a time when education was supposed to be accessible to all and affordable for the poorest among us.

40 years into democracy, grown up students are suspended, expelled and threatened for asking simple questions about their own welfare. 40 years after independence, academic freedom, now a Constitutional right, remains a dream. Students are under constant surveillance with the paranoid state investing in spies in institutions in a manner that would make Smith green with envy. Such is the sad character of our 40 year old democracy, with the broader national picture the ugliest you can find on earth, murders, abductions, torture, kangaroo arrests, lawfare and suppression that would make medieval chiefs envious.

40 years after self rule, the means of economic production remain in the filthy hands of the few, making all of this a simple transition from white colonial masters to black oligarchs with no plan to emancipate the motive forces of the Revolution. Today the economy is at rocket speed towards the deepest end of hell thanks to the mafia style economic pollution they are calling policy.

It has been 40 years of the betrayal of the Zimbabwean dream by the hijackers of the Revolution who have tried to magnify their role in the Liberation of Zimbabwe, believed their lies and have for long believed their imagined roles in the struggle for Zimbabwe entitle them to abuse the rest of the nation and its precious resources. They must be stopped. They will be stopped.

A revolution is the only way to a true realization of the dreams of the hijacked revolution!

For and on behalf of the Zimbabwe National Students Union

One Comment on “FULL TEXT: A Revolution Is The Only Way To A True Realization Of The Dreams Of The Hijacked Revolution – ZINASU’s Independence Day Message”