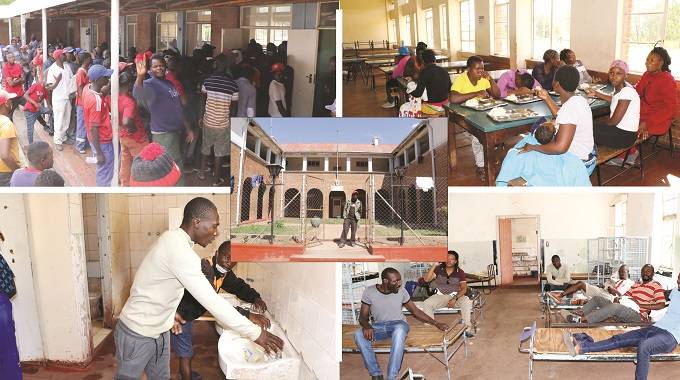 500 Zimbabweans are expected to be deported from Botswana after the neighbouring country imposed a 28-day lockdown followed by a proposal for a six-month state of emergency.

The development has pushed hundreds of Zimbabweans who were surviving on menial jobs to the brink of starvation.

The Zimbabwean ambassador to Botswana Batirai Henry Mukonoweshuro, in a letter, said some of the deportees had sought assistance from the embassy to return home. He wrote:

Some have been surrendering themselves to the police and district commissioners in their areas of stay.

In this regard, the government of Zimbabwe should expect to receive 500 deportees from Botswana.

About 230 people have already surrendered themselves to the police and district commissioner in Gaborone.

These were expected to be deported as of (Thursday) and more continue to register themselves with the embassy.

Mukonoweshuro recommended that the relevant ministries and departments should make arrangements to facilitate the reception of the deportees at the border and to prepare for their transportation to the facilities provided for their quarantine.

The government has converted Plumtree High School into an isolation centre to hold deportees from Botswana for the mandatory 21-day period.

On Tuesday, 87 Zimbabweans were deported, bringing the number to a total of 368 deportees.