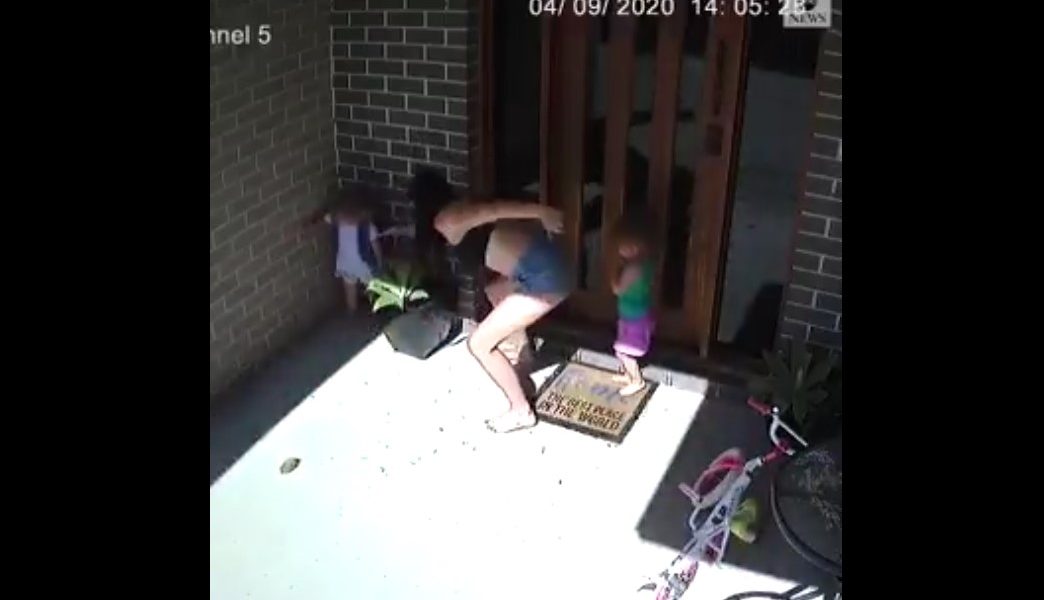 A video posted on Twitter by the Australian Broadcasting Corporation (ABC) shows how a woman saved her two daughters from a venomous snake on the doorstep. The video was captioned with the words:

CLOSE CALL: A mother’s quick reflexes saved her two daughters from a dangerous encounter with a venomous snake on their doorstep in Australia.

The woman was filmed coming out of the house with a washing basket in her hand while the children ran in front of her.

A snake slithers towards her little daughters, sending them into panic mode.