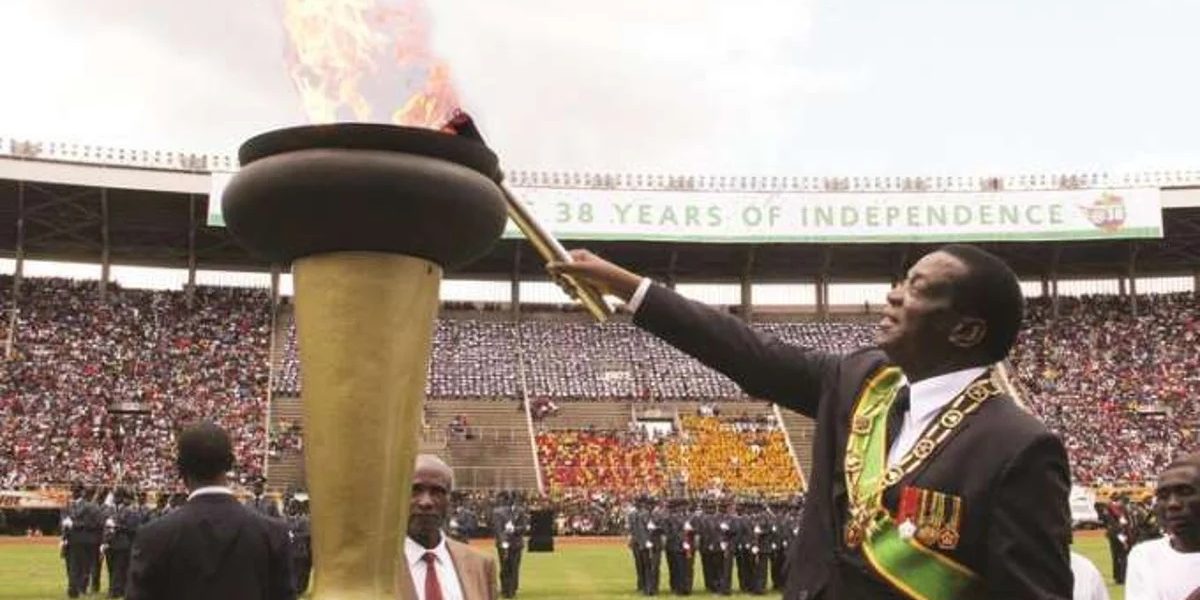 Nelson Chamisa, a leader in the opposition Movement for Democratic Change (MDC) has said that there are no tangible dividends gained as a result of Zimbabwe’s attainment of Independence.

He speaks when Zimbabwe this week turns 40 after attaining independence in 1980 from the United Kingdom. The youthful leader posted on Twitter and said:

Life begins @ 40. On 18 April Zim turns 40. It’s a milestone with a dream shattered by the hurt & pain from tyranny, violence, corruption & stolen elections. Wherever you are on the day at 6 pm, rekindle the dream & clap 40 times for change. The New is coming!

MDC has often accused the ruling ZANU PF of conniving with the Zimbabwe Electoral Commission to manipulate the outcome of every election.

It also attributes the deteriorating state of affairs to maladministration by the ZANU PF government. On the other hand, ZANU PF has been attributing its failure to provide expected public goods and services to “illegal sanctions” which were imposed on the country by the United States “and her allies,” at the instigation of the MDC.

Analysts say that Zimbabwe started well but lost momentum along the way due to populist policies which were adopted by former President Robert Mugabe’s government.