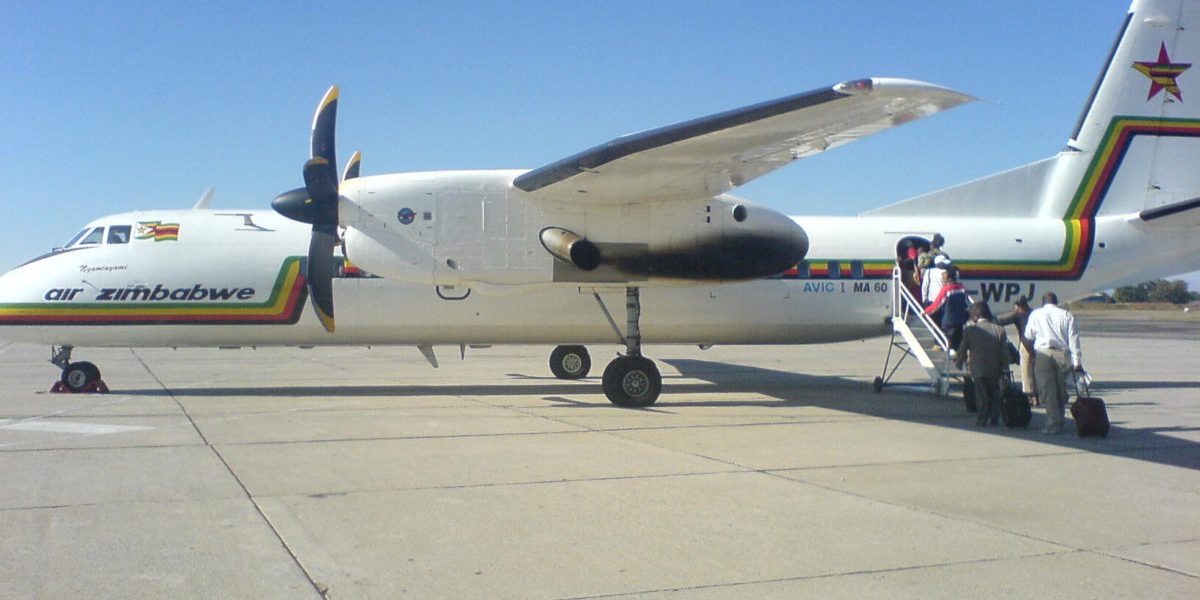 Two pilots who landed at the Robert Gabriel Mugabe International Airport on Monday alongside 30 Zimbabweans aboard an Ethiopian Airlines plane have reportedly taken to the skies to “test/practice flight” one of the Air Zimbabwe planes bought from Malaysia.

The pilots were identified as Heuman Werner (German) and Jungen Stephan Erwin (Swiss). On arrival at the airport yesterday, the two were not taken to Wilkins Infectious Diseases Hospital for coronavirus screening but were taken home by the people who were waiting for them.

According to journalist Hopewell Chin’ono, the pilots were on Tuesday morning flying one of the planes “somewhere”. He wrote on Twitter:

Those 2 pilots who arrived on @flyethiopian flight yesterday as reported by @ZimMorningPost_ are on their way somewhere flying one of the planes bought in Malaysia.

Hopefully, there won’t be another ceremony

Meanwhile, ZimLive reported that around midday on Tuesday, the plane, a Boeing 777, delivered in January from Malaysia was cruising at 41,000ft over Zambian airspace after taking off from Harare. A post on Twitter by the publication read:

#HappeningNow Air Zimbabwe’s Boeing 777, delivered in January from Malaysia, is currently cruising at 41,000ft over Zambian airspace after taking off from Harare. Destination unknown.

We have asked Air Zimbabwe for comment, spokesman says he is checking.