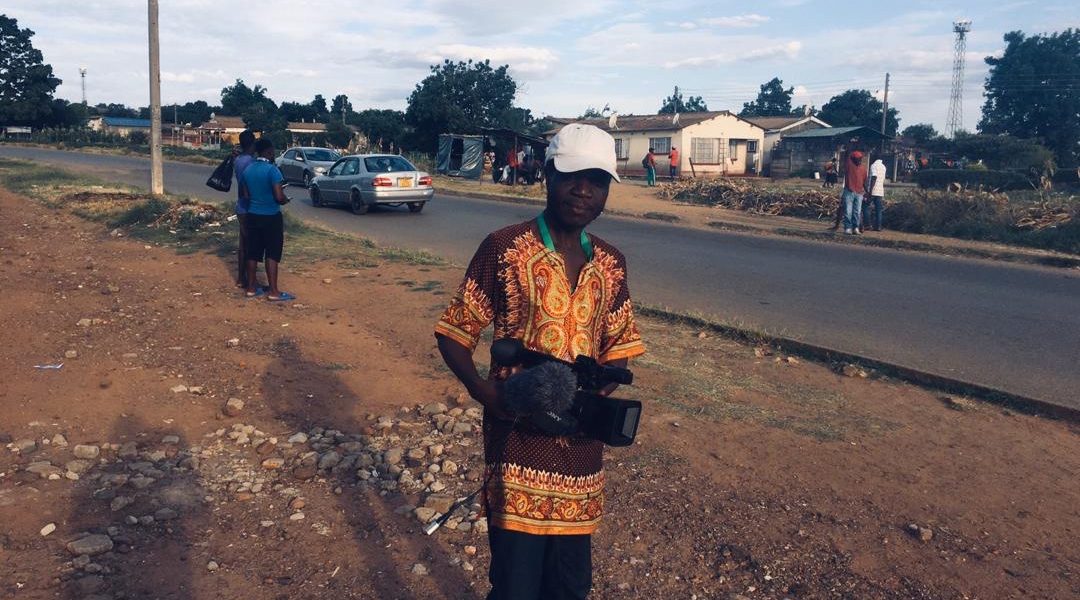 A freelance journalist, James Jemwa, was on Monday taken by soldiers and police in Harare’s Mufakose high-density suburb while conducting his duties lawfully, the Zimbabwe Lawyers for Human Rights (ZLHR) has reported.

Jemwa was allegedly taken into a military truck and forced to delete his footage which he was recording at Gwenyambira shops. ZLHR posted on Twitter:

In Harare’s Mufakose high-density suburb, freelance journalist James Jemwa has been released after being taken into an army truck by soldiers and police officers and was forced to delete his footage which he was recording at Gwenyambira shops. 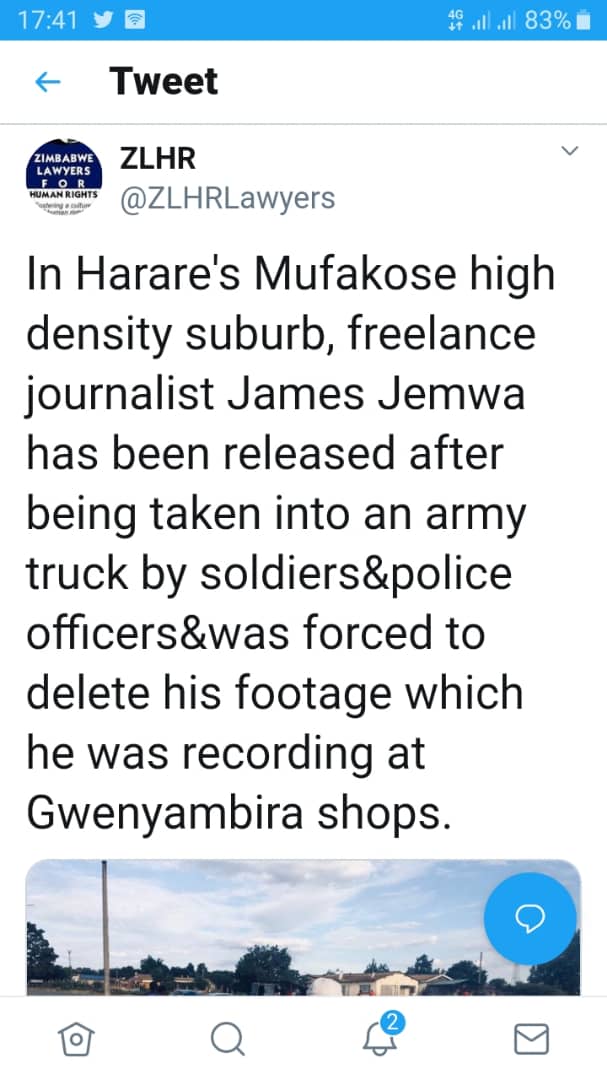 The incident is the latest in a long line of such reports of journalists being hindered by security forces from conducting their duties.

This contradicts a statement by police on March 30, the day on which the national lockdown commenced, that said journalists with expired accreditation cards are free to conduct their duties without interference from law enforcement agents.

The statement was issued after police in Gweru had detained a journalist who was working without valid accreditation.