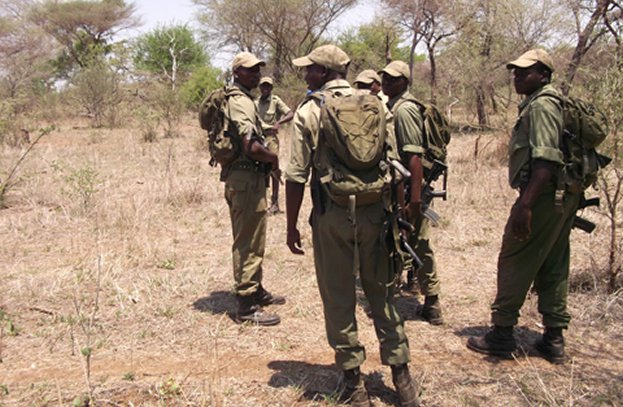 Park rangers at Bubye Valley Conservancy killed poachers who had killed a male lion in the conservancy, ZTN reports. According to the publication, the 2 poachers had killed the lion when the rangers caught up in them and a shootout erupted which ended with one of the poachers dead and the other one in the wind after he fled the scene with the rifle.

Preliminary investigations are that the now deceased and his accomplice went to Bubye Valley Conservancy armed with a rifle to illegally hunt some animals.

The two then came across a young male lion which they shot and killed, prompting the game rangers who were on patrol in the area to respond after hearing the gunshots.

The rangers then tracked the spoor and caught up with the suspected poachers whom they found in the process of killing a black rhinoceros and ordered the two men to surrender.

However, the duo opened fire resulting in a shoot-out with the game rangers and one of the poachers was shot and killed.