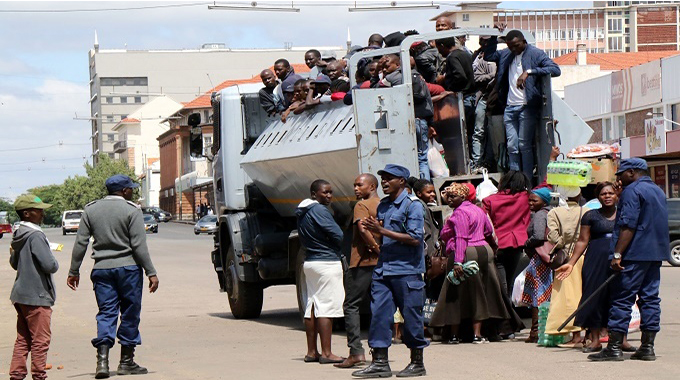 More than 2 100 people have been arrested countrywide for violating lockdown regulations since the shutdown was declared on Monday last week.

National police spokesperson Assistant Commissioner Paul Nyathi revealed that 2 191 arrests had been made, while there are indications that some people are not taking the deadly coronavirus disease seriously thinking that they will not get it. He said:

What is apparent is that the public is taking for granted the messages that are being sent to prevent the spread of COVID-19.

There are those who think that because the virus has not seriously impacted on the country they will not be affected.

They are not observing social distancing and self-isolation as prescribed to prevent the spread of the virus.

We encourage them to heed the Government’s measures to prevent the spread of the virus.

Meanwhile, three police officers who thrashed residents with chains and batons in Victoria Falls last week have been charged with assault.

The officers, who were allegedly drunk, beat up residents, leaving one man hospitalised with severe injuries.