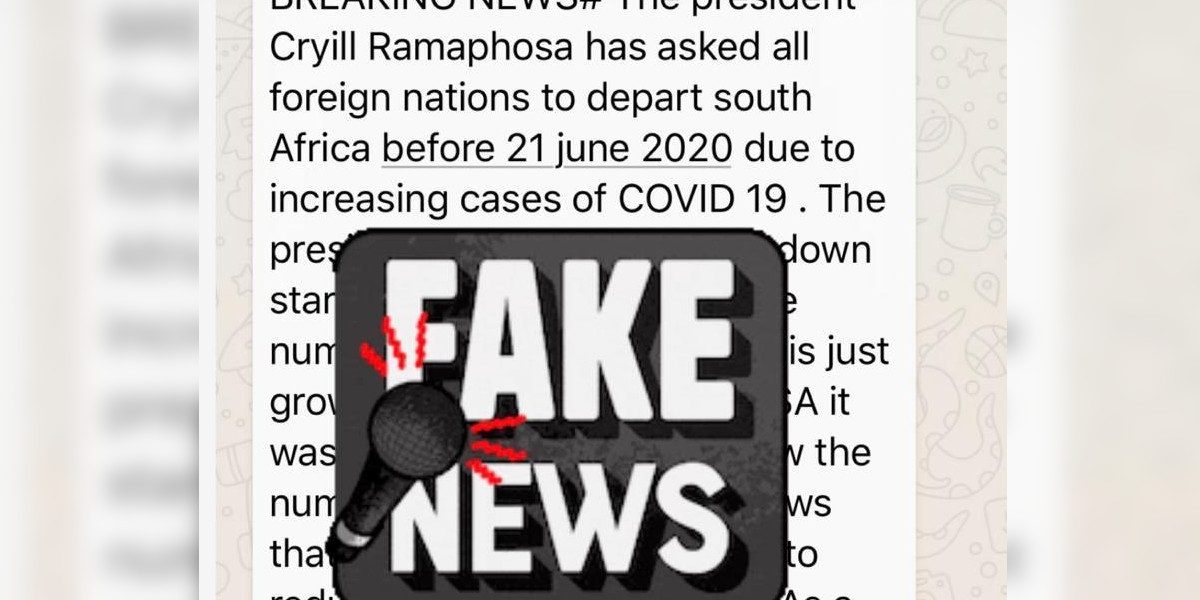 An Official in the South African president’s office has dismissed as fake news, information suggesting that President Ramaphosa has asked foreign nationals to leave the country.

A message circulating on WhatsApp claimed that the president had asked foreign nationals to leave by the 21st of June, and cited an increase in confirmed COVID-19 cases as the reason.

It also said that the Lockdown period was being extended by 3 months.

Jackson Mthembu, Minister in the Presidency of the Republic of South Africa, took to Twitter to dismiss the fake news:

FAKENEWS ALERT !!!President @CyrilRamaphosa has NOT asked foreign nationals to leave South Africa . The President has NOT said the #lockdown will be extended by the “ government of South Africa “ by three months , starting on 21 June . “ . The WhatsApp post below is fake news . 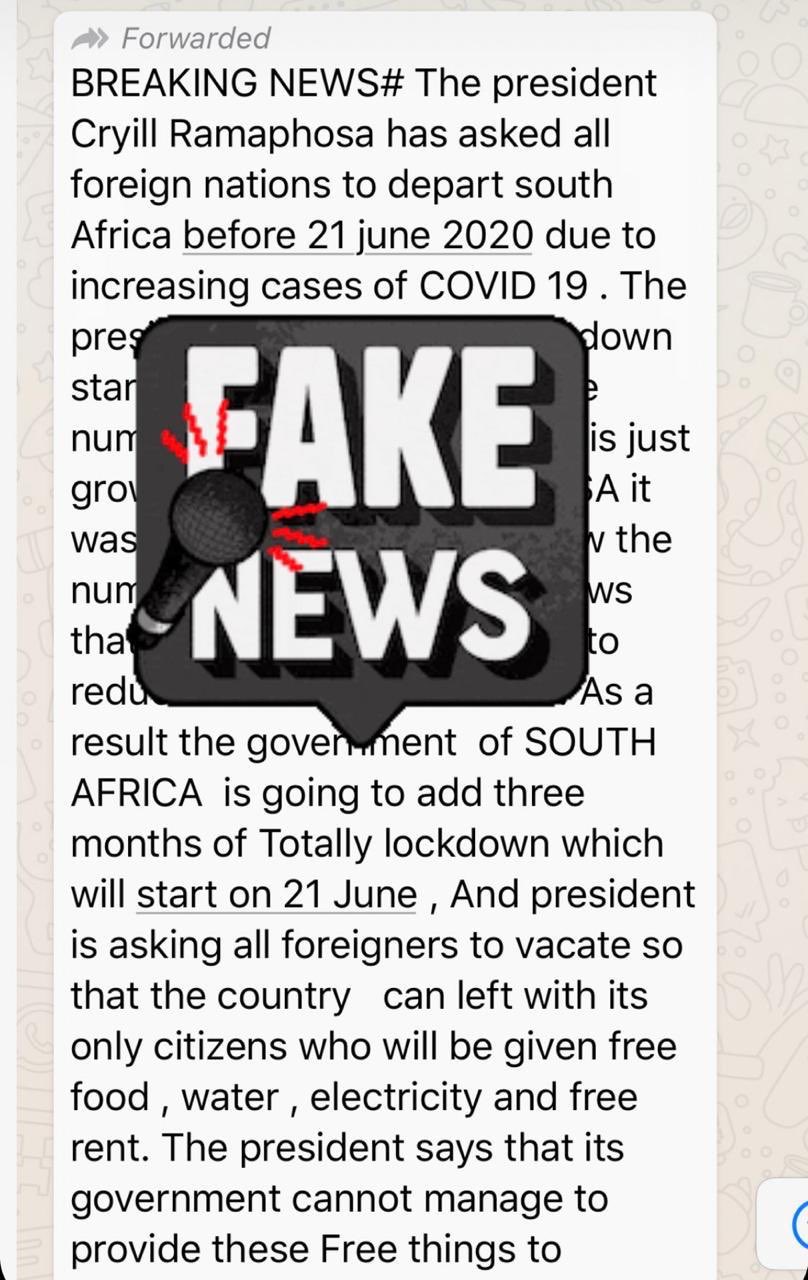