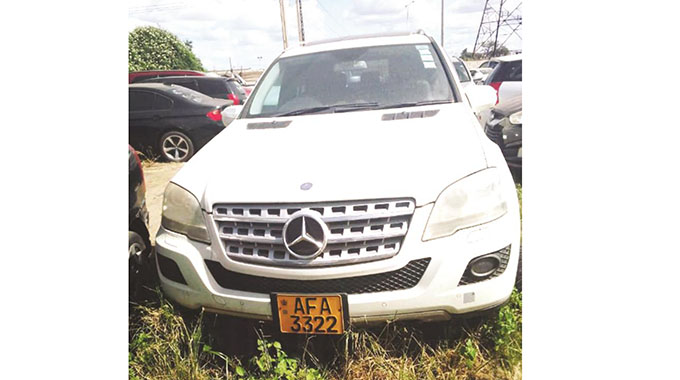 The Chinese couple’s vehicle which was discovered by officers from Mabvuku Police Station while parked along Arcturus Road, with keys in the ignition

Police are still appealing for information on the whereabouts of the Chinese couple that went missing in Harare nearly two months ago.

Lei Ding (35) and his wife Chi Lifen (30) disappeared on Valentine’s Day after they visited a friend’s house in Highlands.

The Zimbabwe Republic Police is still investigating the case involving those two Chinese nationals who were last seen on February 14, 2020 in Eastlea after visiting a friend.

We are still appealing to anyone who may have information on their disappearance or possible location to contact their nearest police station or the national complaints desk on (024) 2703631.

The couple’s car was found abandoned along Arcturus Road, with the keys still in the ignition on February 15.

Police also found Lei’s firearm certificate for cash-in-transit, but the gun was not in the car.

Meanwhile, the friends and relatives of the couple have since offered a ZW$1 million reward for anyone with information that might assist in the search.