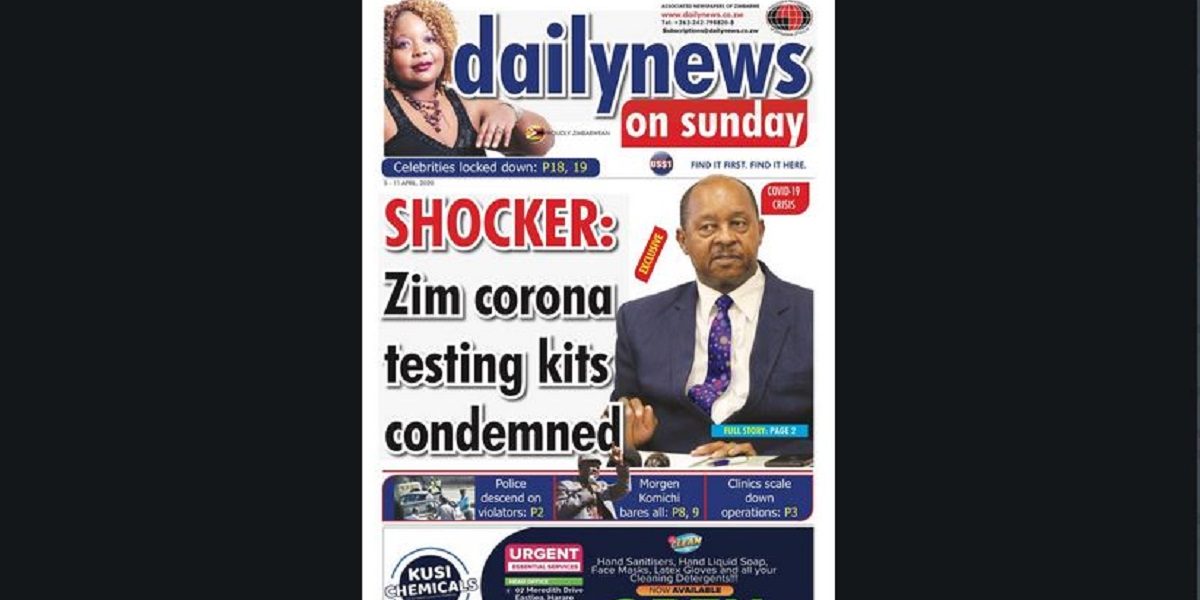 The Ministry of Health and Child Care in Zimbabwe has responded to a news headline by Daily News which says “Shocker: Zim Corona Testing Kits Condemned.”

We appreciate your reportage @DailyNewsZim on Covid-19 news, but your screaming headline is giving false impression that all the tests which were done in Zimbabwe produced wrong results. Dr Obadiah Moyo clearly pointed out that defective kits were not used.

This comes when there are reports that some countries including Spain are accusing China of giving them defective kits which were not up to the task.

This also comes amid reports that about 14 percent of Chinese people that had recovered from coronavirus have tested positive again prompting some to say that perhaps the kits which initially tested them were defective.