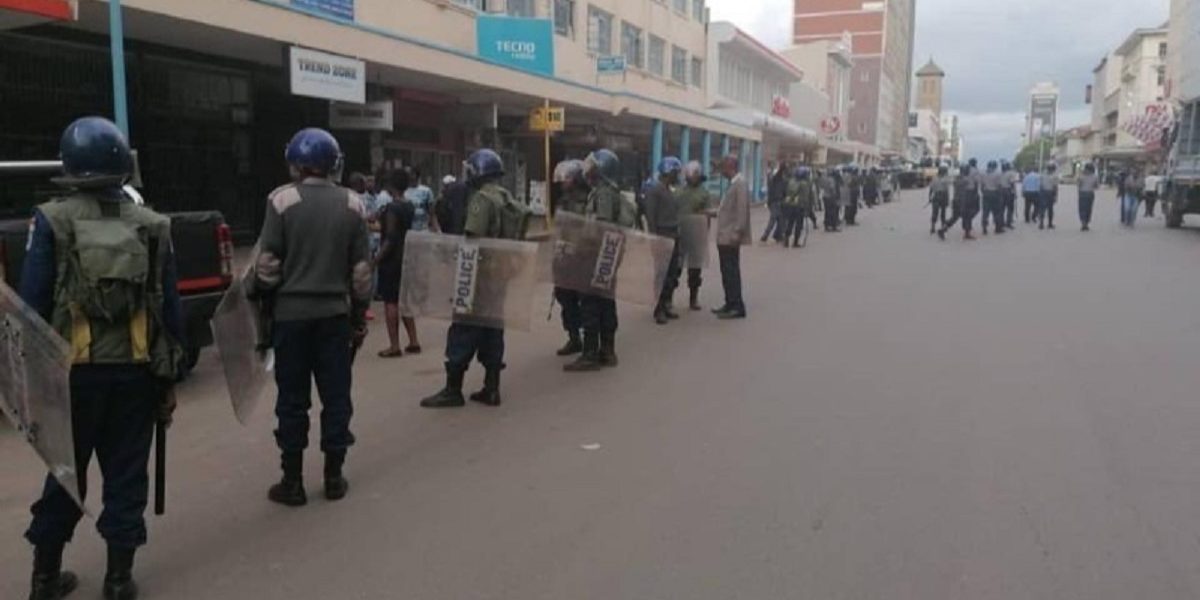 Munyaradzi Sakho (29) said he was dragged from his yard and thoroughly beaten by four drunk police officers around 8 pm on Friday.

The former Triangle FC soccer player is now hospitalised at Victoria Falls Hospital after he sustained multiple injuries on the back and face.

Another victim of the brutal attack, Stanley Chiwambo (41), was also injured but was treated and discharged.

Struggling to speak from his hospital bed, Sakho told Sunday News that he was beaten by the police officers after he failed to tell them of his neighbour’s whereabouts. He said:

I closed the butchery where I work and went to submit the day’s cash to the owner. I had just got home when they suddenly pounced on me when I was at the veranda.

I couldn’t even understand what they wanted because they asked for our neighbour and when I said I didn’t know his whereabouts they started beating me up and dragged me out of the yard.

Meanwhile, residents who live close to Mukali Business Centre where the assaults took place said the four policemen had been on duty patrolling in the suburbs during the day and were still in uniform when they allegedly committed the offence.

After committing the offence, the police officers fled from the scene when residents threatened to beat them up after Sakho had collapsed as a result of the assault.