An invoice circulating on social media has suggested that Morgen Komichi, an official in the opposition MDC sought speech writing and exercise services from Big Brains before the Supreme Court Judgement was announced.

For some including Hopewell Chin’ono, a prominent Zimbabwean journalist, Komichi and colleagues were aware that the ruling was in their favour.

Good afternoon Mr Komichi @MKomichi. Could you explain why you needed speech writing and exercise before the Supreme Court Judgement was announced? Who had informed you that it was in your favour? Meanwhile you haven’t paid for the services sir according to this letter of demand

See the invoice below.

Reference is made to the above-mentioned Invoice which relates to the speech writing, political strategy and press rehearsal services rendered to you on the 30th of March 2020.

We hope that you are happy with our services whose outcome clearly achieve your objectives as outlined in your service requisition form. We, however, note with concern that despite your undertaking to effect payment of the said services on or before the 1st of April 2020, you have not paid the same and are now ignoring our calls. Your delay to effect this payment also affect third parties like our assigned staff members whom we pay on commission on a job to job basis.

We hope that you will appreciate the sacrifice and risk they took to attend to you during this lockdown period. In the interest of fulfilling our obligations to our commission-based staff, we write to remind that you attend to payment of the said amount before Monday the 75 of April 2020. 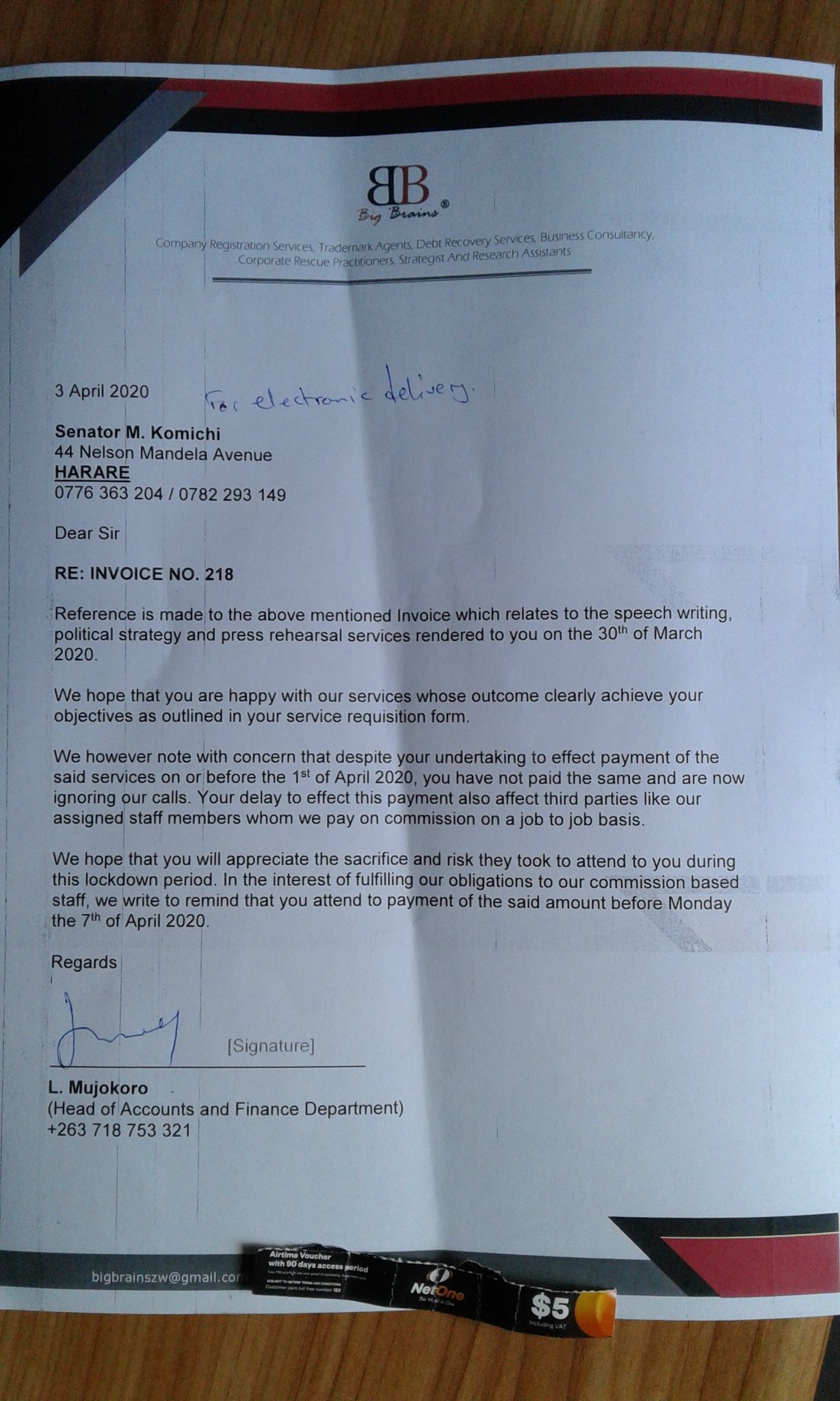