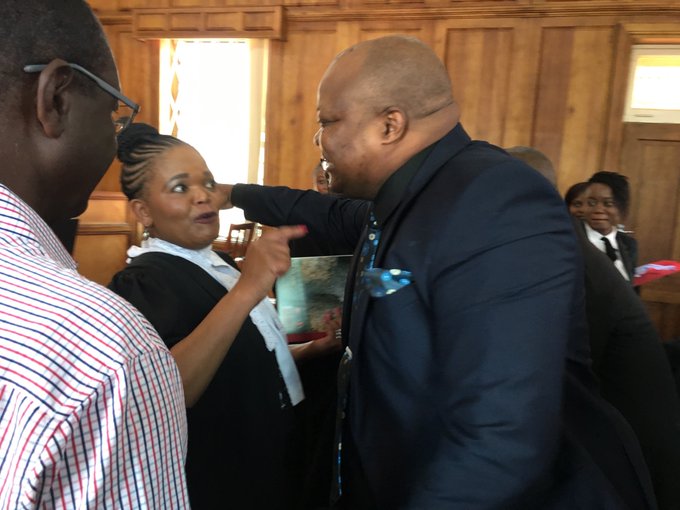 Unknown assailants reportedly attacked Justice Garainesu Mawadze, the Resident Judge at the High Court in Masvingo on Sunday night, while he was on his way from his farm in Mvuma.

The windscreen to his official Discovery 4 was smashed with an unknown object at Mushagashe Business Centre a few minutes after passing the Mushagashe Tollgate.

Justice Mawadze, who was in the company of his sister, was narrowed missed by the object. He reportedly did not stop but drove on.

According to Masvingo Mirror, the matter was reported at Masvingo Rural Police Station under RRB Number 4210849.

In February, Justice Mawadze presided over the treason case against MDC Alliance vice-chairman, Job Sikhala in which the latter was acquitted.

One Comment on “Judge Who Acquitted Sikhala Attacked In Masvingo – REPORT”

🧱 Building Material Available in and around Harare
Harare
7 in 1 cooker, toaster, donut maker, waffle maker and more
US $40.00 Harare
Mandarin (Chinese) call in lessons
US $20.00 Harare
Repair of Plastic water tanks
Harare
Mobile Barber
US $2.00 Bulawayo
Air Freshener with Dispenser
US $15.00 Harare
Laminator A4
US $70.00 Harare
Car radios
US $55.00 Bulawayo