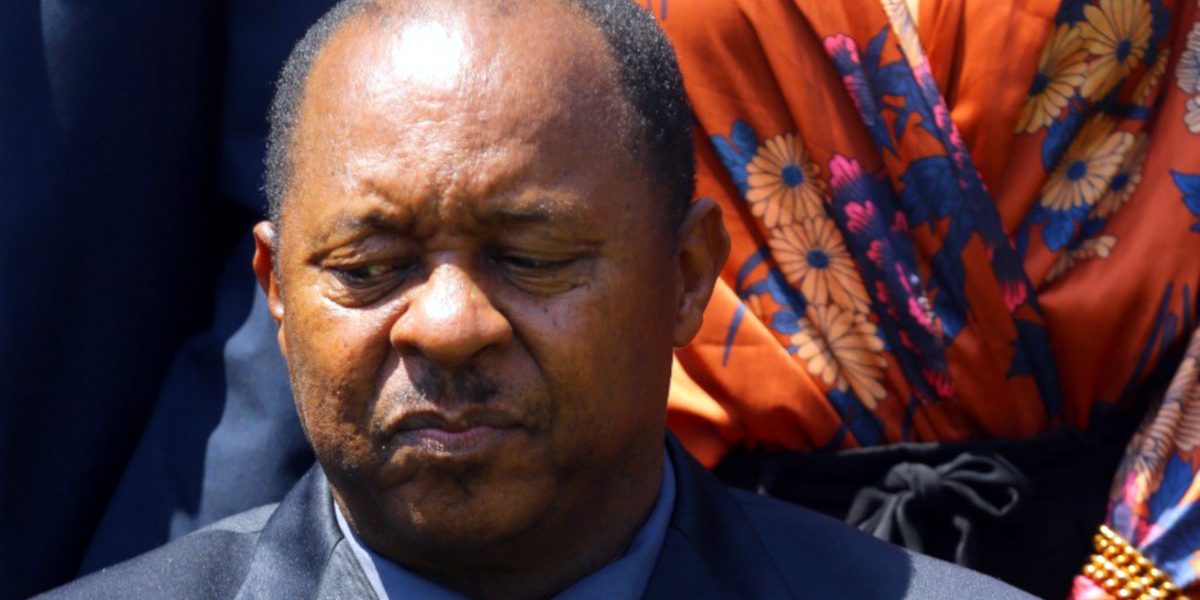 Ali Naka a political activist and Pan Africanist who is allegedly working with the Rwanda government has claimed that Zimbabwe’s Minister of Health Child Care, Dr Obadiah Moyo has been fired.

Naka does not divulge when and why Moyo was dismissed but the report comes amidst other reports claiming that a senior politician who is a medical doctor has tested positive for coronavirus.

Dear Zimbabweans! The military has effectively fired the Incompetent Minister of Health. He is now the fall guy. Those who appointed him have been asked to manage his Exit! #CoronaVirusZim 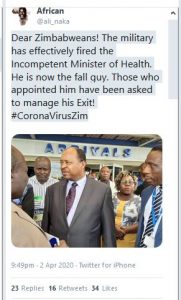 The alleged development comes amidst accusations of incompetency which are being raised against the Minister.

Only recently, Moyo was replaced by Vice President Constantino Chiwenga as the chairperson of the Coronavirus Task Force with military personnel saying that he was useless and had lied about the country’s readiness for coronavirus.