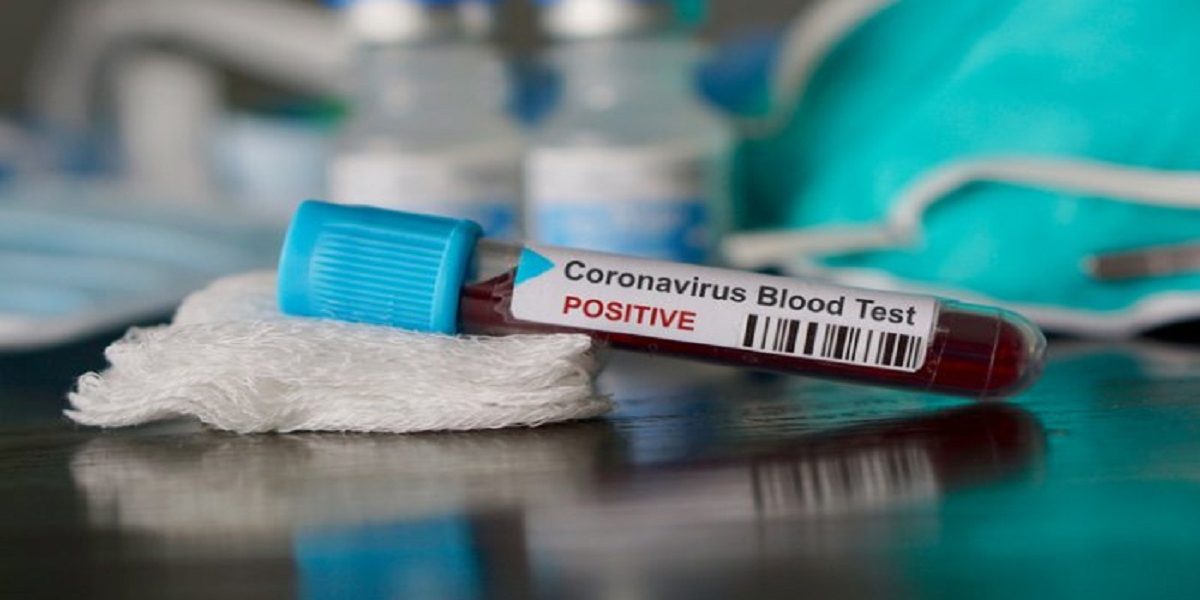 Ali Naka a political activist and Pan Africanist who is allegedly working with the Rwanda government has implored on Zimbabwe’s Ministry of Health and Child Care to confirm reports which suggest that the country has recorded 6 new coronavirus cases.

Naka also alleges that among the new cases is a senior politician. Posting on Twitter, Naka said:

Dear @MoHCCZim! Can you confirm that 6 cases of Corona infections were identified at a testing centre in Borrowdale today. It is feared one of the infected is a senior politician and medical doctor? 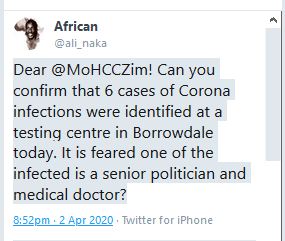 These remarks echo those of a prominent Zimbabwean journalist, Hopewell Chin’ono who earlier this Thursday said that he was waiting for the Ministry of Health to announce the new coronavirus cases which were recorded in the country.

Despite all the reports, authorities on Thursday afternoon, however, said that cases remained at 8.