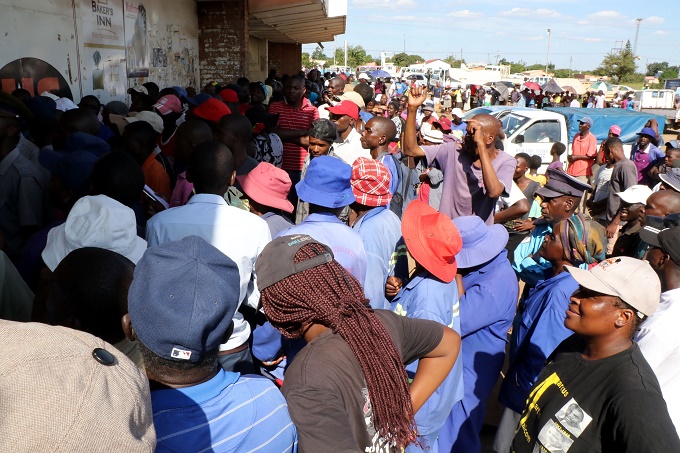 Some people in Bulawayo spent the day yesterday queuing to buy mealie meal at a shop in Bulawayo’s Nketa Surbub and another large crowd was seen queuing for mealie meal in the city centre as well, The Chronicle reports.

Over 400 people were reportedly seen outside Fortwell Wholesalers along 12th Avenue and Hebert Chitepo Street and another large crowd was also seen in Nketa Suburb.

Residents said they were forced to come to the city centre to buy mealie-meal as some shops in the Western suburbs were demanding cash.

Scores of women who had queued for hours in the scorching sun, a considerable number of them with babies strapped on their backs, while some were in visible discomfort as they were heavily pregnant.

Mealie Meal has become a hot sale in Zimbabwe as the subsidised commodity which sells for less than $100 is always in short supply. Meanwhile, Small to Medium Millers Association of Zimbabwe said they were suspending operations due to maize shortages.