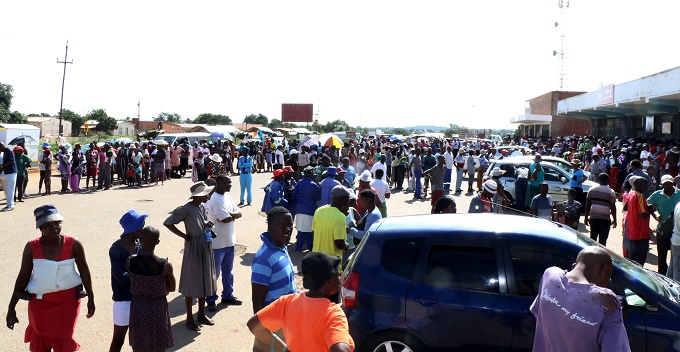 An angry mob reportedly caused a scene in Bulawayo yesterday as they spent the greater part of the day queuing for mealie meal they had seen being delivered but less than 50 people being served, The Chronicle reports.

The mob reportedly threatened to burn down the shop after the managers closed the shops and said there was no mealie meal. The police had to be called as an angry mob attempted to push their way into shops that were selling mealie meal in Nketa 6 suburb.

Angry shoppers that spoke to the publication said:

We are seeing police officers buying mealie meal and being given via the back entrance and they are coming with other people, maybe they are their wives. They are loading the mealie meal; into a kombi, yet they are chasing us away.

If as police they want mealie meal, why don’t they arrange with the shop owner or millers and get it properly like how other companies are doing for staff, such arrangements are there. But for us to be chased away here like dogs after spending such a long time is unfair.

Prices have gone up considerably since announcement of the lockdown. They keep going up daily, so we need to buy as much food as we can with the little, we have before our money loses more value.

The police reportedly repeatedly called for the people to disperse and follow social distancing procedures but were ignored by the crowds.