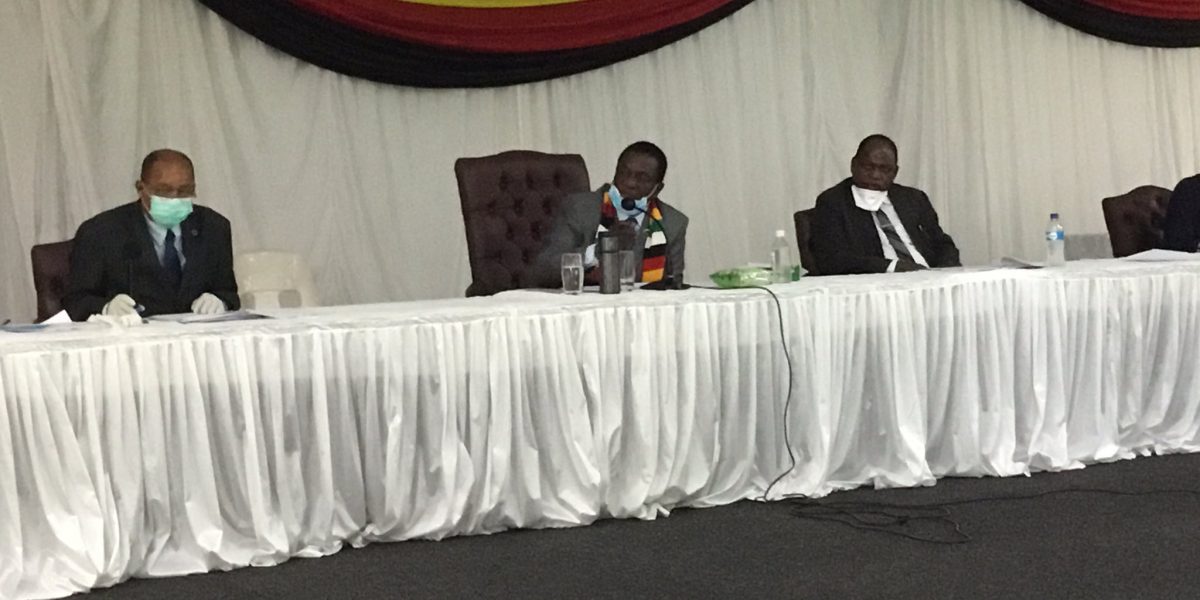 Furious military commanders who attended a meeting of the Cabinet taskforce on Covid-19 on Friday reportedly demanded the sacking of Health Minister Obadiah Moyo as chairman of the taskforce, branding him “useless”.

President Emmerson Mnangagwa relented to the military commanders’ pressure and promptly removed Moyo and replaced him with Vice President Constantino Chiwenga, who returned from a trip to China on Friday night.

Zimlive quoted its source as having said:

Military commanders who were present were scathing. They said he was useless and had lied about the country’s readiness for coronavirus, particularly conditions at Wilkins Hospital.

The security chiefs to turns to blame Makamba’s death on negligence. They ripped into the health minister who sat stone-faced. They demanded that the president should take charge of the coronavirus taskforce.

Zororo Makamba succumbed to coronavirus on March 23 at Wilkins Hospital after he failed to get meaningful treatment while admitted at the centre.

The hospital had no ventilators, a shortage of oxygen, no running water and lacked even a power socket to connect a ventilator sourced by Makamba’s family.