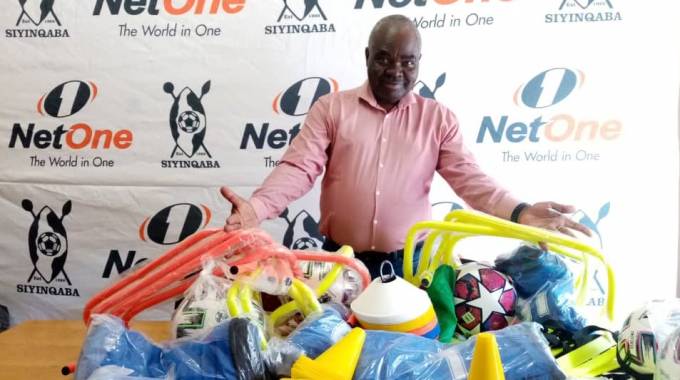 Highlanders chairman Kenneth Mhlophe with some of the equipment donated by club benefactor Khuphukile Dube.

Highlanders FC has received a donation of an assortment of training equipment from a South Africa businessman Khuphukile Dube.

In a statement on Friday, Bosso said the items were sourced with assistance from freelance journalist, Thandazani Zimbwa who is a club member. The statement read:

The equipment was sourced with the assistance of club member Thandazani Zimbwa.

On Sunday, the club was given 20 brand new soccer balls bought by the club’s South Africa Chapter, which were handed over to chief executive officer Nhlanhla Dube.

The donations came after Bosso executive chairman Kenneth Mhlophe appealed for members to assist the club in whatever way they can during the club’s annual general meeting held at the end of January.