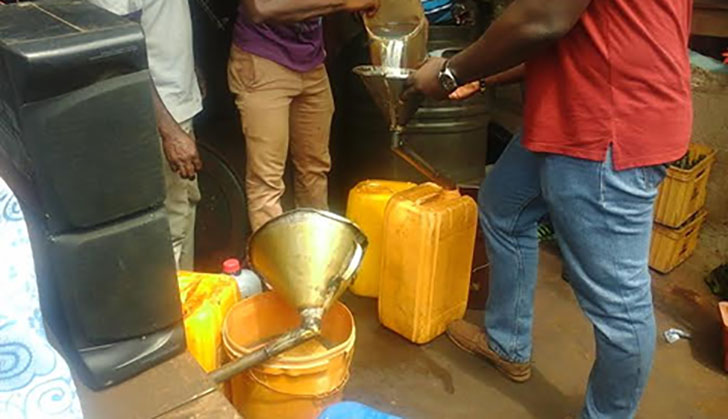 A suspected illegal fuel dealer died in a fireball after petrol drums he kept at home caught fire and exploded.

Itai Chingwena of Unit L in Seke, Chitungwiza, was burnt to death on Monday while his wife escaped with injuries.

The explosion occurred while the two were asleep.

Reports suggest that there was a gas leak from the couple’s stove and the fuel drums exacerbated the explosion.

The fire department has been slammed for its failure to timeously respond to the emergency, with Chitungwiza South MP Maxwell Mavhunga saying:

The rescuers had to use sand to douse the fire because the municipality’s fire department lacks preparedness.

What got me extremely distressed was that the municipality had no fire tenders and we had to make a very desperate effort to get one all the way from Belvedere.

Chingwena was buried on Tuesday in Mudzi while his widow, who sustained first degree burnt wounds, is admitted at Chitungwiza Central Hospital.