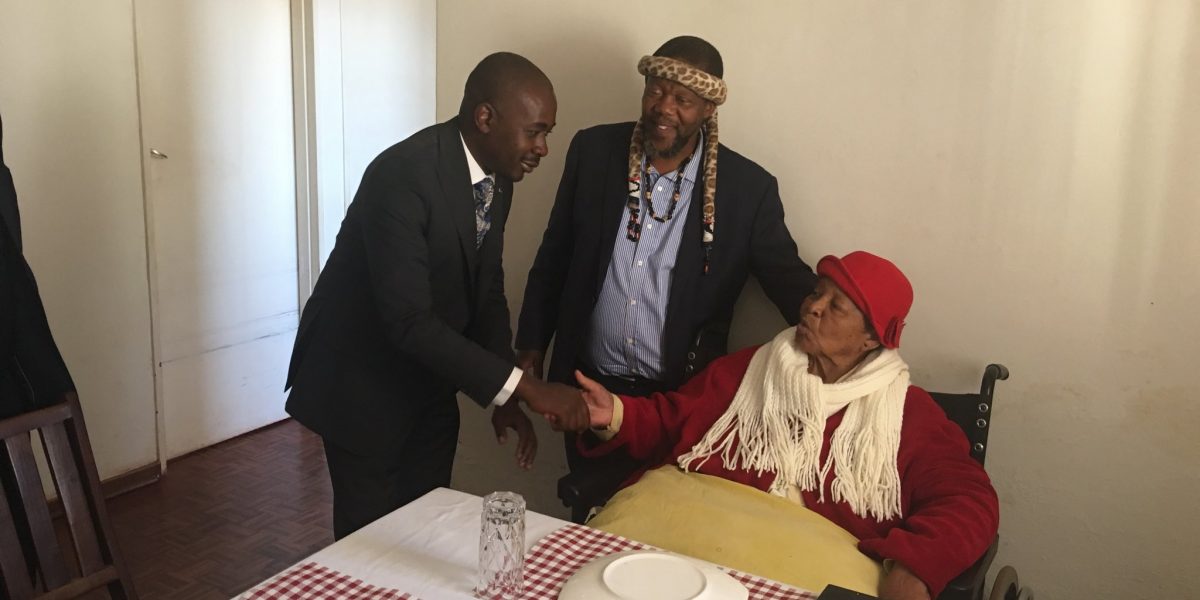 MDC president Nelson Chamisa has expressed his condolences over the passing away of the late Chief Khayisa Ndiweni’s widow Agnes Masuku Ndiweni and mother to dethroned Chief Nhlanhlayamangwe Felix Ndiweni’s who died at the age of 96.

Chief Ndiweni’s mother passed on in her sleep in the early hours of Wednesday after a short illness. She was 96 years old.

Chief Ndiweni ceased to be Ntabazinduna chief on November 30 in 2019 and was subsequently stripped of all Government benefits accruing to him.

His removal followed recommendations by Cabinet and the Matabeleland North Provincial Assembly of Chiefs that he was not the rightful heir to the late Chief Khayisa Ndiweni since his eldest son, Joram has challenged Nhlanhla’s ascendency to the throne.